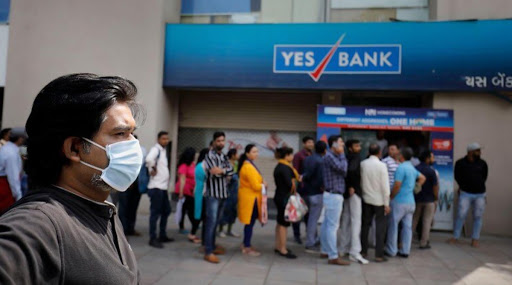 Mumbai, March 26: The YES Bank board on Thursday was reconstituted with immediate effect with the appointment of eight members under the pursuant to YES Bank Limited Reconstruction Scheme, 2020. However, it mentioned that in the new board, three members are non-executive directors, two are from Reserve Bank and two are from State Bank and notified Prashant Kumar as Managing Director and CEO.

Informing about the latest development, the YES Bank issued a notification to National Stock Exchange of India Limited and BSE Limited. It said that Sunil Mehta has been appointed as Non-Executive Chairman, while Mahesh Krishnamurti and Atul Bheda would be Non-Executive Directors. From the RBI's side, R Gandhi and Ananth Narayan Gopalakrishnan have been appointed as Additional Directors of the newly constructed board. YES Bank Announces to Resume All Banking Services From March 18.

Yes Bank board reconstituted with immediate effect with the appointment of 8 members pursuant to Yes Bank Limited Reconstruction Scheme, 2020. pic.twitter.com/lEdfcdEEDV

Among other members include Partha Pratim Sengupta and Swaminathan Janakiraman would be Directors, as they were nominated by State Bank. Additionally, YES Bank said that Prashant Kumar will be their Managing Director and CEO. The decision of for reconstitution of the board was taken in the board meeting held today.

Earlier on March 5, RBI imposed effected moratorium from March 5 to April 3 on YES Bank after it found that YES Bank has been grappling with mounting bad loans. However, on March 18, YES Bank issued a statement that it will resume to full banking services from March 18, 2020, from 6 pm onwards. The YES Bank requested its account holders to visit any of their 1,132 branches from March 19, 2020.