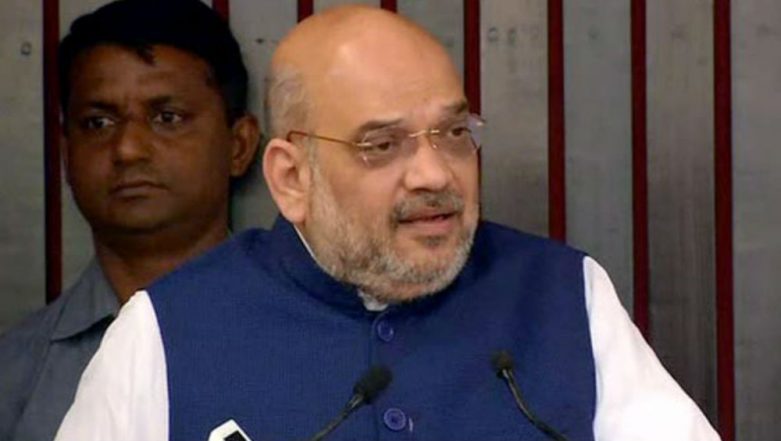 New Delhi/Islamabad, August 4: Pakistan on Sunday upped the ante on Kashmir, with Prime Minister Imran Khan alleging use of "cluster bombs" by India on civilians along the LoC and appealing to the UN Security Council to intervene, while Foreign Minister Shah Mehmood Qureshi raised the matter with the Organisation of Islamic Cooperation (OIC). India has strongly denied any use of cluster bombs to target civilians along the Line of Control. Home Minister Amit Shah Chairs High Level Meeting With Top Security Brass Including NSA Ajit Doval in Parliament Complex.

Amid the escalating tensions in Jammu and Kashmir, in the wake of the government asking tourists and pilgrims to cut short their visit to the state following intelligence inputs of terror threats, Union Home Minister Amit Shah on Sunday presided over a high-level security meeting in New Delhi.

In Islamabad, Imran Khan chaired a meeting of the powerful National Security Committee, where he alleged that India has used "cluster bombs" on civilians along the LoC and called on the UN Security Council to take note of the "international threat to peace and security".

Imran Khan's move comes in the wake of US President Donald Trump renewing his offer to mediate on the Kashmir issue, which India has firmly rejected. India has firmly stated that any discussion on Kashmir, if warranted, will be only with Pakistan, and only bilaterally.

Referring to Trump's offer of mediation, Imran said in a series of tweets: "President Trump offered to mediate on Kashmir. This is the time to do so as [the] situation deteriorates there and along the LoC with new aggressive actions being taken by Indian occupation forces," and added, "This has the potential to blow up into a regional crisis."

Shah is reportedly planning to visit Jammu and Kashmir. This too was discussed, said a source. The Home Minister was apprised about the situation on the border where some Pakistani soldiers were killed by Indian forces when they tried to infiltrate into Jammu and Kashmir on the night of July 31-August 1.

The Home Minister's meeting, the abrupt axing of the Amarnath Yatra and the security build up has set off speculation about the Modi government's next move in Jammu and Kashmir.