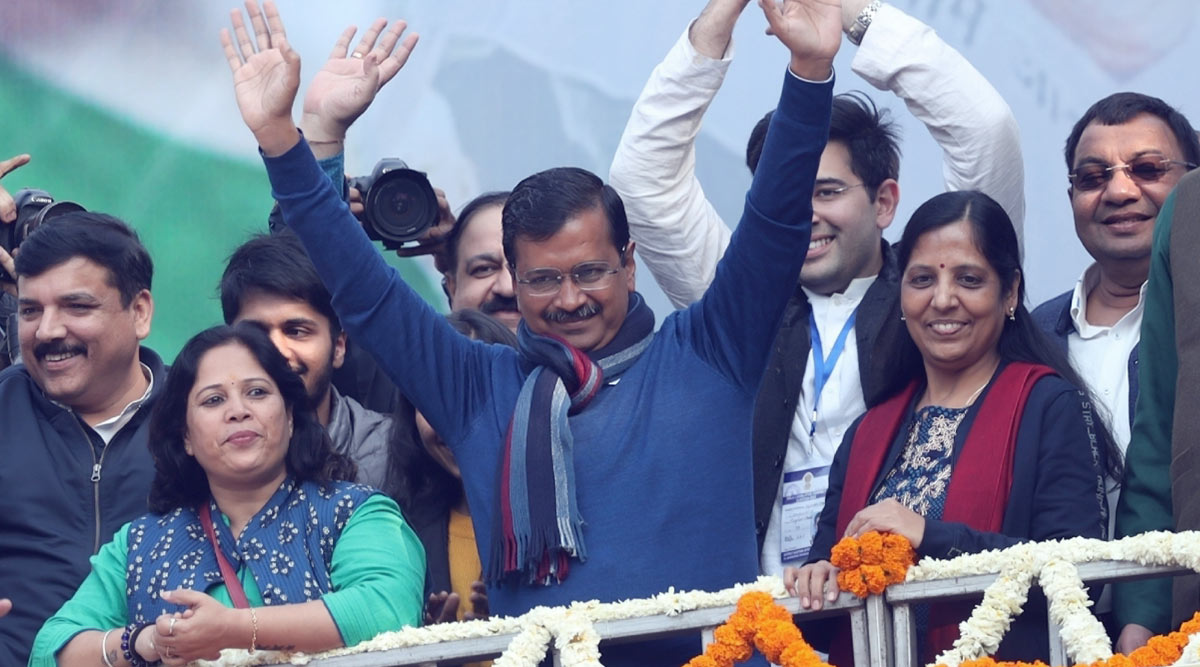 AAP leader and Patparganj MLA Manish Sisodia said that all cabinet ministers will take oath along Kejriwal at the event. The swearing-in ceremony would take place at 10 am on Sunday. AAP Membership Drive: Party Says Over 1 Million People Joined It Since Victory in Delhi Assembly Elections 2020.

Earlier, AAP's Delhi unit convener Gopal Rai told PTI that "No chief minister or political leader from other states will be invited for the ceremony that is going to be specific to Delhi."

In the recently concluded elections in the national capital, Aam Aadmi Party secured a landslide victory by winning 62 of the 70 seats. The Bharatiya Janata Party (BJP) won in 8 seats, seeing an increase of five seats from the last assembly polls. The Congress remained seatless for second consecutive. The vote shares of AAP, BJP and Congress were 53.57 percent, 38.51 percent and 4.26 percent respectively.