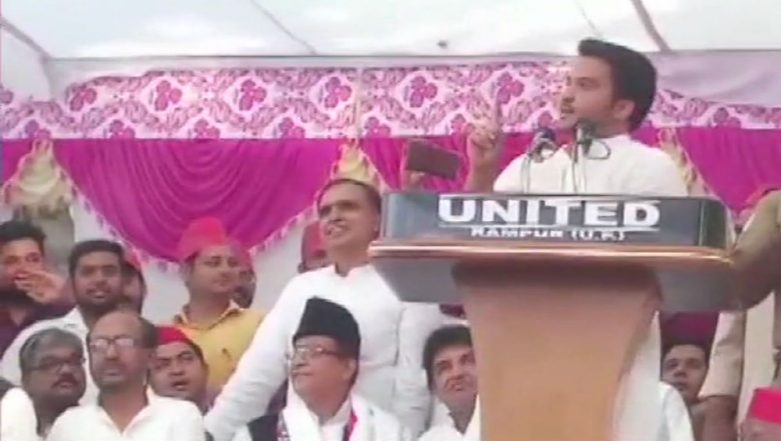 Azam Khan was found guilty of violating the Model Code of Conduct by making objectionable remarks against Jaya Prada. “…You got represented by her (Jaya Prada) for 10 years. People of Rampur, people of Uttar Pradesh and people of India, it took you 17 years to understand her reality. But I could recognise it in 17 days that she wears khaki underwear," Azam Khan had said. The colour khaki is often associated with Rashtriya Swayamsevak Sangh. Azam Khan's Comment on Jaya Prada is Disgusting, Says Hema Malini.

Azam Khan had also been censured before the 2014 general elections. The EC in the notice said: "...the Commission is prima facie of the opinion that you have violated the aforesaid provisions of the MCC, the relevant sections of the Representation of the People Act, 1951, and also wilfully disobeyed the aforesaid order of the Hon'ble Supreme Court by making the highly objectionable and provocative aforesaid statements."