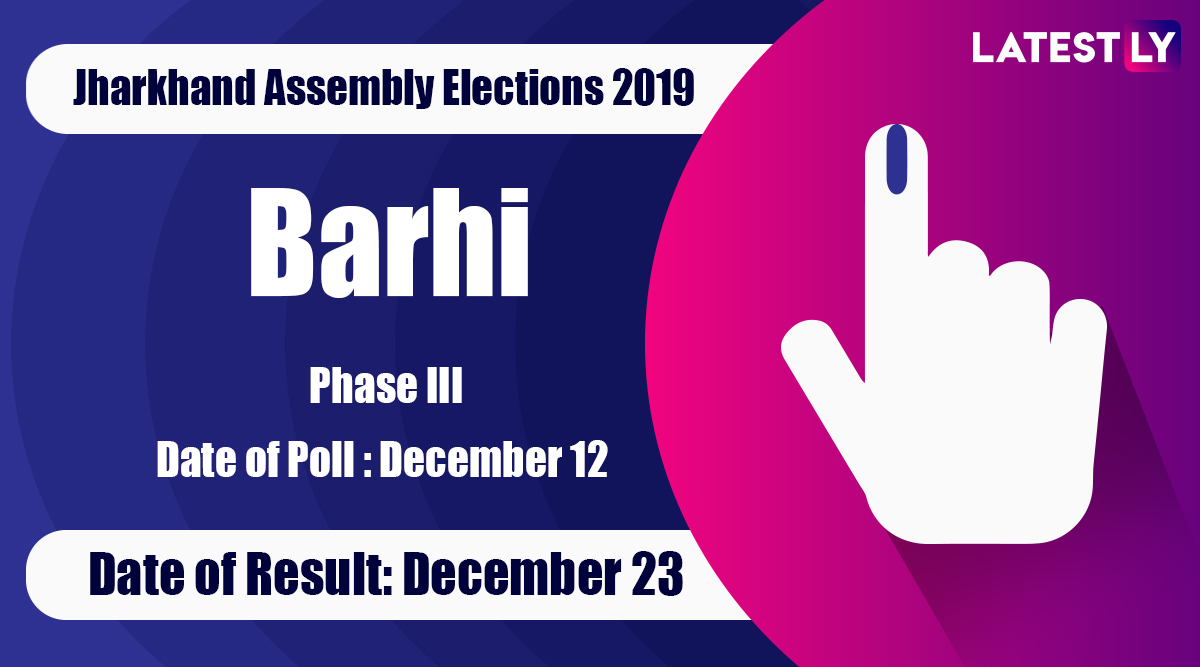 Ranchi, December 11: The constituency of Barhi goes to poll on December 12 in the third phase of polling in Jharkhand. The main contest on the Barhi assembly seat is between Manoj Kumar Yadav and Uma Shankar Akela. The current sitting MLA from the seat is Manoj Kumar Yadav who had won on Congress ticket but joined the BJP later. Whereas Uma Shankar Akela was in BJP and is fighting on Congress ticket. Jharkhand Assembly Election 2019 Dates: Know Phase-Wise And Constituency-Wise Schedule For Vidhan Sabha Polls.