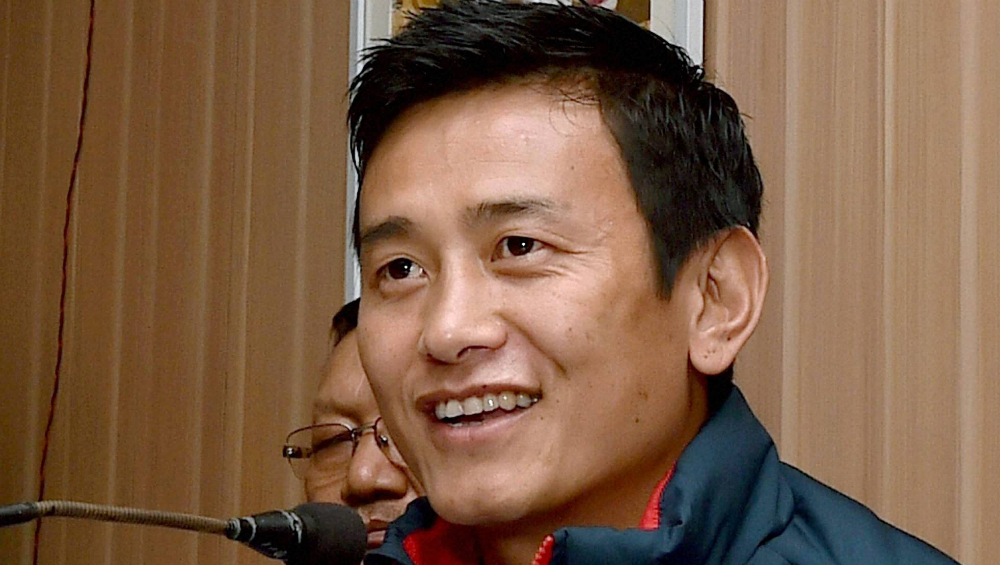 Gangtok, December 10: Footballer-turned-politician Bhaichung Bhutia on Tuesday expressed disappointment that Sikkim was not excluded from the ambit of the Citizenship (Amendment) Bill, unlike several other northeastern states. Bhutia, also working president of Hamro Sikkim Party, expressed his fears that the legislation will dilute special provisions of the Himalayan state that it enjoys under Article 371F of the Constitution.

He also urged the Sikkim Krantikari Morcha-led government to press for implementing Inner Line Permit in the state and quit the NDA in protest against the passage of the Bill. The legislation, that seeks to grant Indian citizenship to religious minorities of Afghanistan, Pakistan and Bangladesh who are fleeing persecution there, was passed in the Lok Sabha with 311-80 votes. 'Hamro Sikkim': Bhaichung Bhutia Launches New Political Party, Months After Parting Ways With TMC.

He said though Home Minister Amit Shah had mentioned in the House that the legislation will not have any effect on states enjoying special status under Article 371, the legal provision is different from Article 371F. "This Bill is surely a way of diluting Article 371F in long run," the former Indian football team captain said.

"Despite our CM and MP claiming to have fought for the state to exclude Sikkim (out of CAB), the result has not been fruitful," he said. Chief Minister Tamang had earlier said that the Centre will not touch Article 371F, which he said was one of the key terms of the merger of Sikkim with India in 1975.