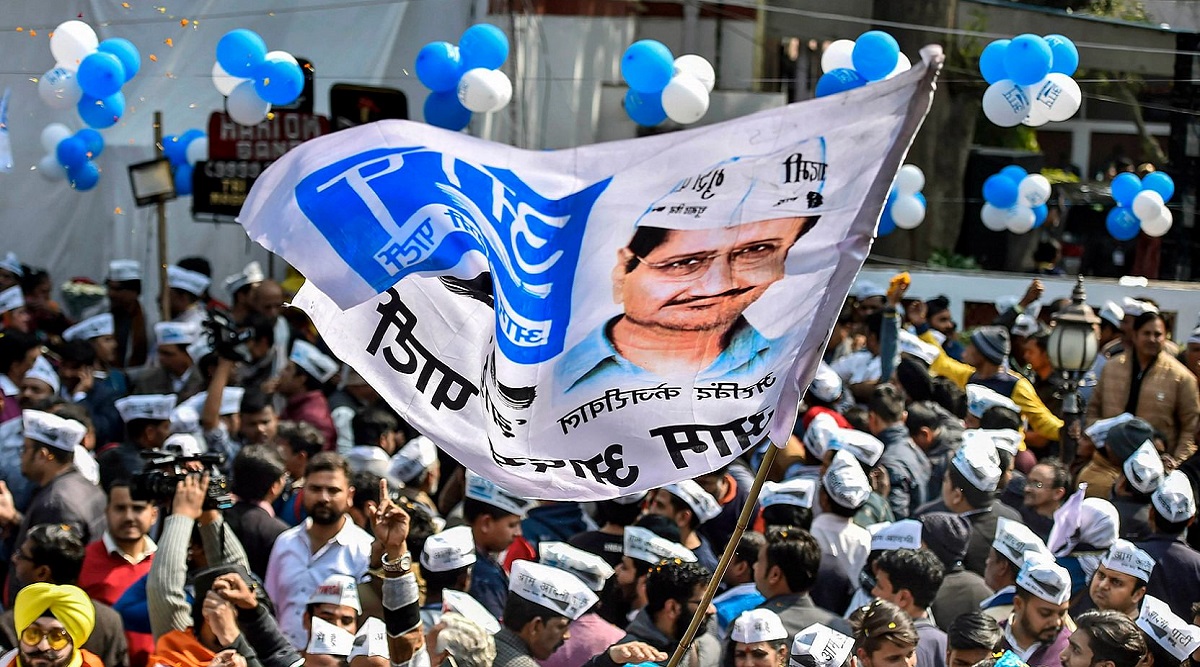 New Delhi, February 14: After a landslide victory in the Delhi assembly elections 2020, the Aam Aadmi Party (AAP) apparently revived its national ambitions. After restricting itself to the Delhi-first approach following a spree of electoral reverses outside the national capital, the party is once again considering to spread its wings outside the NCR. In this effect, the AAP on Friday announced that it would be contesting all local body elections across the nation.

Senior AAP leader Gopal Rai, while speaking to reporters, said the party has decided to contest the municipal corporation, urban and rural local bodies elections henceforth. The party, he said, would focus on grassroot issues to build its cadre-strength at the municipal level. AAP Membership Drive: Party Says Over 1 Million People Joined It Since Victory in Delhi Assembly Elections 2020.

The AAP, he added, would also take on the Centre-ruling Bharatiya Janata Party (BJP) on the ideological front. On the issue of nationalism, the party would combat the BJP with a positive version of patriotism -- which is inclusive rather than  targeting any particular section of the populace.

"AAP to carry out nationwide campaign to highlight its 'positive nationalism' as against BJP's 'negative nationalism'," Rai told news agency PTI. The party will convene a meeting of all state-level leaders in Delhi on Sunday, when they would be arriving to witness the oath-taking ceremony of Chief Minister Arvind Kejriwal.

Aam Aadmi Party to fight elections to all local bodies across India to expand its footprint: AAP leader Gopal Rai to PTI

The party had also launched a missed call campaign on February 11 to increase its nationwide strength of volunteers. Within two days of the campaign, a total of 11 lakh new members were registered with the AAP. Party's Rajya Sabha MP Sanjay Singh said the campaign was planned in view of the emphatic victory of the party in Delhi.

"A party considers to spread its base whenever it performs well. We had similarly launched a missed call campaign in 2013, then in 2015 and now," Singh said, adding that the AAP would propagate its model in all states of India. The aim would be to create scope for alternative and people-centric politics, he claimed.