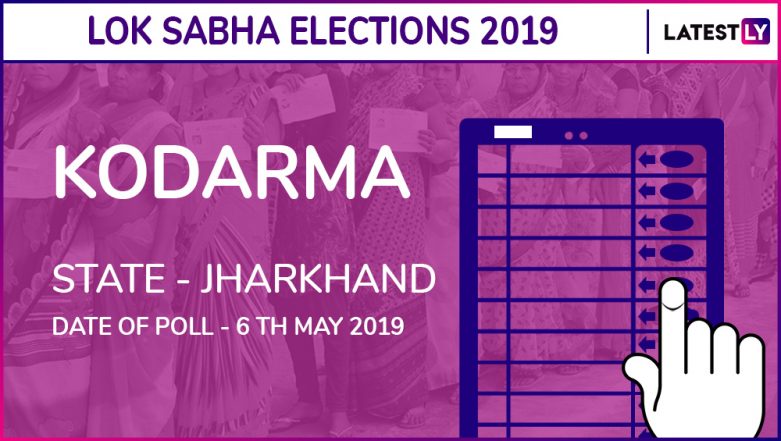 The Election Commission has declared the results of all 14 Lok Sabha constituencies across Jharkhand. From Kodarma, Annapurna Devi of the Bharatiya Janata Party (BJP) has won. Kodarma was among the five seats which went to polls on May 6, when the fifth phase of general elections was held. Lok Sabha Elections 2019 Results: Check Tally of BJP, Congress, Other Parties.

At present, the Kodarma constituency comprises the following six Vidhan Sabha. It is politically significant as it remained a vote-bank bastion of the BJP, before becoming a stronghold of the Jharkhand Vikas Morcha (P). In the Lok Sabha Elections 2019, the Communist Party of India (Marxist–Leninist) has fielded Raj kumar Yadav while the Jharkhand Vikas Morcha (Prajatantrik) has given its ticket to Babulal Marandi. Meanwhile, Annapurna Devi is contesting on the Bharatiya Janata Party (BJP) ticket.

According to the ECI, voting will be held in the 4th phase, 5th phase, 6th phase and 7th phases of the Lok Sabha elections. Three seats will be contested on April 29; four constituencies on May 6; four Lok Sabha segments on May 12; and three seats on May 19. The results will be declared on May 23.

In the 2014 Lok Sabha Elections, Ravindra Kr. Ray of the Bharatiya Janata Party (BJP) had won the seat by defeating Rajkumar Yadav of the Communist Party Of India (MARXIST-LENINIST) (LIBERATION). The BJP candidate, who is the current MP of the constituency, had won the seat by 365,410 votes.