Lok Sabha Elections 2019: AAP Declares Candidates for 6 Out of 7 Seats in Delhi, Says No Alliance With Congress; Here’s Full List 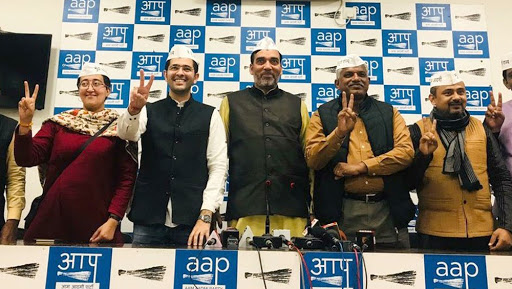 New Delhi, March 2: With just a week remaining for the Election Commission to announce the dates for the upcoming Lok Sabha elections, the Aam Aadmi Party has declared candidates for six out of seven seats in New Delhi on Saturday, say sources. Along with this Kejriwal’s party has also stated that it will contest this general election with its own merit and without any alliance from Congress.

The announcement comes from Delhi Chief Minister Arvind Kejriwal’s party is like a setback for the central opposition party, trying its best to make an alliance with regional parties before the polls. Announcing the names of the candidates, party leader Gopal Rai said that the central committee had chosen the candidates after a detailed analysis. Lok Sabha Elections 2019: India-Pakistan Tensions Has No Bearing on Polls, Will Be Held on Time, Says CEC Sunil Arora

Announcement : Declaration of candidates for the upcoming Loksabha Polls

Earlier, Congress president Rahul Gandhi had approved the initiation of talks with the AAP for a possible alliance in Delhi, ahead of the Lok Sabha elections. However, within hours, AAP announced the names and made it clear that they are not going to share their seats with anyone in the national capital.

Here are the announced candidates and their constituencies: