Shiv Sena chief whip Sunil Prabhu has moved the Supreme Court challenging the Maharashtra Governor's direction to the Maha Vikas Aghadi (MVA) government to take a floor test and prove its majority in the House on Thursday (June 30). The court agreed to hear the case at 5 p.m. Wednesday. 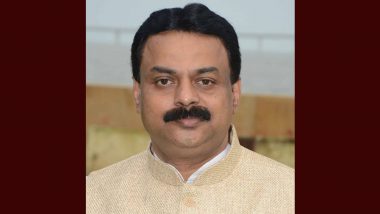 New Delhi, June 29: Shiv Sena chief whip Sunil Prabhu has moved the Supreme Court challenging the Maharashtra Governor's direction to the Maha Vikas Aghadi (MVA) government to take a floor test and prove its majority in the House on Thursday (June 30). The court agreed to hear the case at 5 p.m. Wednesday.

The Special Assembly will convene at 11 a.m. and end at 5 p.m. Thursday. The day's proceedings shall be video-graphed and telecast live, with provisions for adequate security both inside and outside the legislature, the Governor has directed.

A 3-page letter to the effect was issued to the Maharashtra Legislature Secretary by the Raj Bhavan late on Tuesday -- soon after a delegation of the Opposition Bharatiya Janata Party (BJP) met the Governor and urged him for immediate directions to the MVA to prove its majority.

Senior advocate Abhishek Manu Singhvi mentioned the matter before a vacation bench of the apex court headed by Justice Surya Kant and sought urgent hearing on the matter later in the day. Justice Kant told Singhvi that the court will hear the matter on Thursday at 5 p.m... "Whatever may be the outcome...we will hear the matter today," said Justice Kant. Maharashtra Political Crisis: BJP Leaders Meet Governor Bhagat Singh Koshyari, Want MVA Government To Prove Majority.

The bench asked Singhvi to circulate the paperbook to all the parties involved in the matter and the court by 3 p.m. Senior advocate Neeraj Kishan Kaul, representing the rebel Shiv Sena MLAs, opposed Singhvi's submissions and urged the court to hear the matter on Thursday.

The bench said, "Keeping in view the mind of urgency that has been created, we will want to hear the matter today".

On June 27, the Supreme Court declined to pass an interim order on the MVA's counsel's submissions that there should not be any floor test in the Assembly till July 11, as it extended, till July 12, the time granted to the 16 dissident MLAs to submit their response to the disqualification notices.

A bench of Justices Surya Kant and J.B. Pardiwala had said it cannot pass an order, which would create unnecessary complications. It told senior advocate Devdutt Kamat, representing the MVA government, that if anything illegal happens, then he can always come back to the top court.

As Kamat said if disqualification proceedings were put in abeyance, then there should not be any floor test in the Assembly, the bench said: "On presumptions, can we pass (an order)..."

Then as Kamat urged the court to give his client the liberty to come to the court if there is an attempt to alter the status quo, Justice Surya Kant said: "Do you need our liberty... Let us not create any complications on the basis of apprehensions not founded now."

The top court scheduled the matter for further hearing on July 11.

Kamat added that no court has ever granted a stay of disqualification process and the proceedings of the House will be interdicted as he questioned the maintainability of the petitions by Shinde and rebel Shiv Sena MLAs.

The top court was hearing the petitions by Eknath Shinde and other rebel MLAs of Shiv Sena challenging the disqualification notices issued by the Deputy Speaker to them and also the appointment of Ajay Choudhari as Shiv Sena Legislature Party leader.

(The above story first appeared on LatestLY on Jun 29, 2022 11:36 AM IST. For more news and updates on politics, world, sports, entertainment and lifestyle, log on to our website latestly.com).