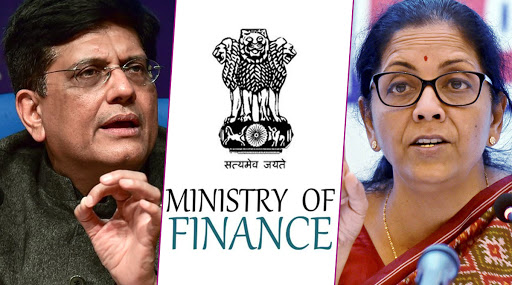 New Delhi, December 10: With the country reeling under the pressure of slow economic growth and opposition taking jibes at the ruling dispensation, speculation is rife on social media that present Union Finance Minister Nirmala Sitharaman might be replaced with Piyush Goyal. Messages have been circulating on social media, where netizens are making claims of a major shift in the Finance Ministry.

According to some of Twitter users, Sitharaman might lose her essential portfolio to Goyal after December 2019 or before the announcement of Annual Budget 2020-21 -- scheduled in February 2020. Though there is no clarity or official confirmation on this from Prime Minister Narendra Modi-led Union government, netizens have begun their discussions on social networking website. 'Nirmala Sitharaman Incompetent, Her Job Not to Tell Nation What to Eat': Rahul Gandhi Furthers Tirade Against FM Over Onion Remark.

Here are some of the tweets:

Evening we have the PM coming for a press conference with regards to FM !!

Any outcome will give the mkts the Direction!!

Pref conference by PM in evening.

There are some of the netizens, claiming that the announcement might be made by Tuesday evening. Here's the tweet:

Pref conference by PM in evening

Looking at the present economic condition of the country, where almost every sector is feeling the pinch and Sitharaman claiming that she doesn't eat onions, her replacement with Goyal might not come as a shock for the people of India. P Chidambaram Jabs Nirmala Sitharaman For 'I Don't Eat Onions' Remark, Asks Whether She Consumes Avocado.

Apart from this, one more interesting factor that might work for Goyal, if considered for the post, is that he presented the Interim Budget 2019-20 in February, when the then FM Arun Jaitley was in the United States for treatment. So looking at the all the angles, the change might be in the kitty of Modi government, but there is no official confirmation on this yet.