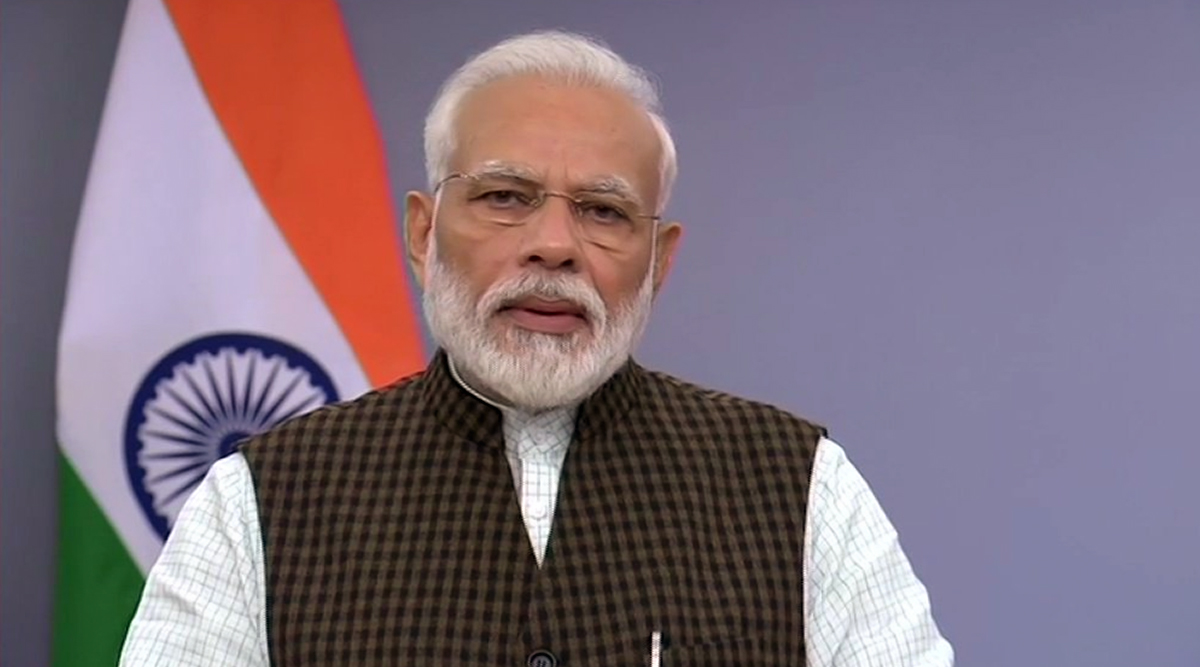 Mumbai, March 17: Prime Minister Narendra Modi on Wednesday participated in the birth centenary of "Jatir Pita" Banganbandhu - the founding father of Bangladesh, Sheikh Mujibur Rahman - through video conference. In his address, Modi said he had intended to travel to Bangladesh for the birth anniversary celebrations but had to abandon his planned visit to coronavirus outbreak. CAB-NRC Project of Modi Govt Gives Jitters to Eastern Neighbour, Bangladesh FM Abdul Momen Hits Out at Amit Shah.

"Sheikh Hasina ji invited me to become part of this historic event, however it was not possible due to coronavirus. She gave me alternative to address through video conference," Modi said, expressing gratitude to the Bangladesh Prime Minister for allowing him to address the event through the digital medium.

"Today I feel very happy when I see how the people of Bangladesh are working day and night to make their beloved country the 'Shonar-Bangla' of Sheikh Mujibur Rahman's dreams," the Indian PM added.

"'Bangabandhu' means a man of conviction, a leader of courage, a sage of peace and a champion of justice, equality and dignity. Such traits of his gave a new energy to the lakhs of youth during his time, for the freedom of Bangladesh and to face all kinds of challenge," Modi added.

India and Bangladesh share close relations since the past four decades, with the governments of both the nations working closely in several sectors including trade and business. A coldness in ties was witnessed following the passage of Citizenship Amendment Act (CAA), with Bangladesh Foreign Minister AK Abdul Momen publicly rebuking India's Home Minister Amit Shah for allegedly blaming Dhaka for atrocities against minorities. Subsequently, his scheduled visit to Delhi was cancelled.