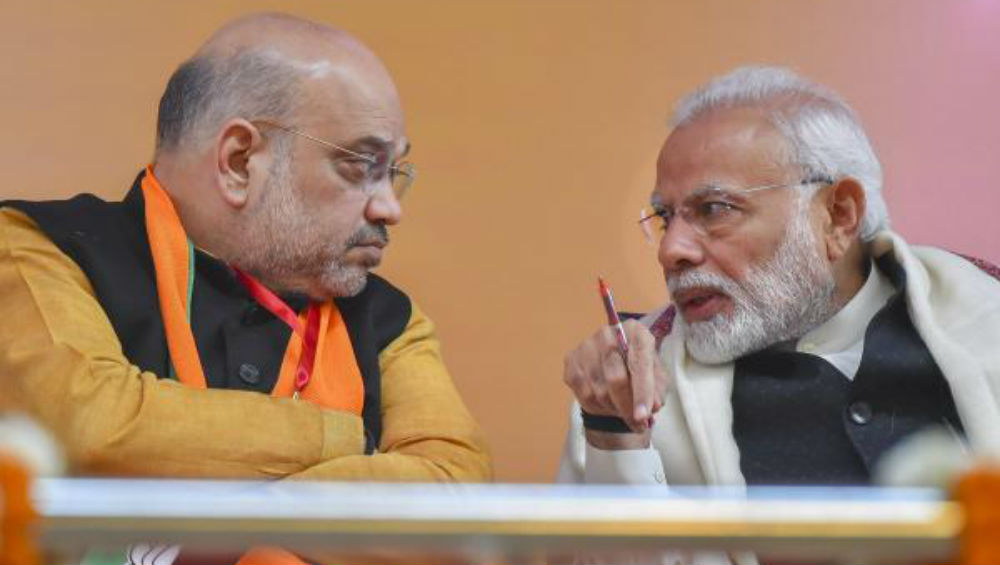 The meeting lasted for about 25 minutes and took places after the joint session of parliament which was held today to mark Constitution day. Earlier in the day, the Supreme Court while hearing a joint petition of Congress-NCP-Shiv Sena, has ordered that a floor test should be conducted in Maharasthra Assembly on Wednesday, observing that a delay in the majority test could lead to horse-trading. Maharashtra Floor Test on Wednesday, Other Related Issues to be Taken Up After 8 Weeks, Here's All That Supreme Court Said Today.

The BJP had won 105 seats in the 288-member assembly in last month's assembly polls followed by Shiv Sena 56, NCP 54 and Congress 44. Although BJP and Shiv Sena got the mandate to form the government, the two parties parted ways over power-sharing.