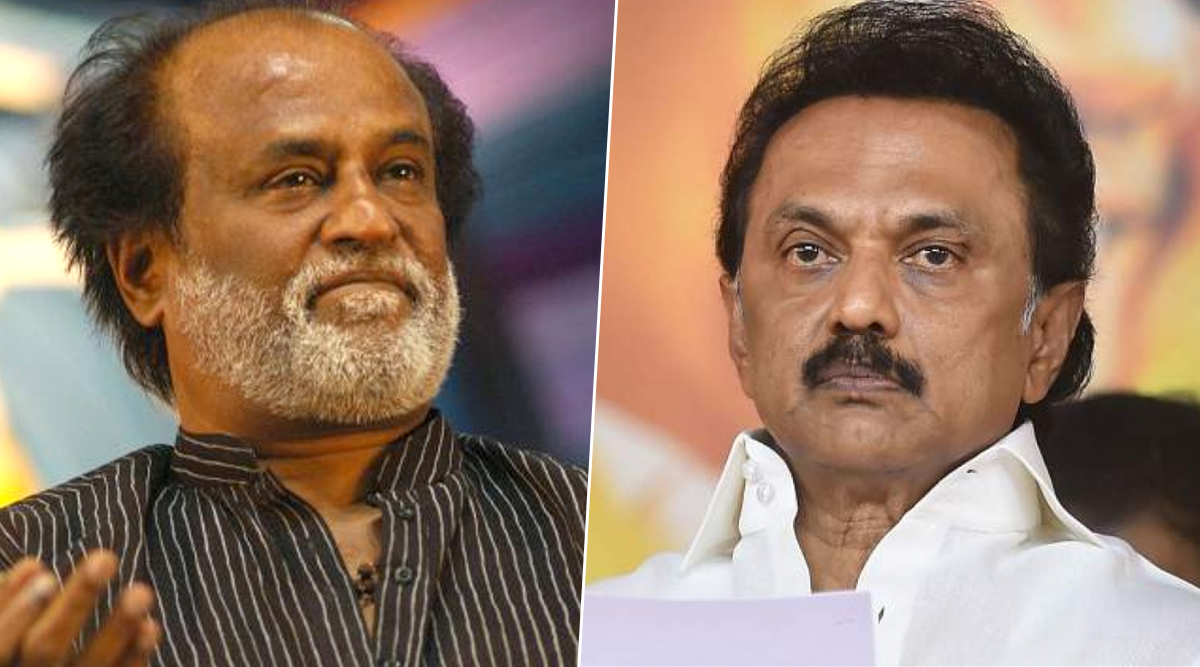 Chennai, February 10: Karate Thiagarajan, former Deputy Mayor of Chennai Municipal Corporation, has said that Tamil Nadu will an electoral contest between superstar Rajinikanth and DMK chief MK Stalin in the 2021 assembly elections. Karate Thiagarajan also said that Rajinikanth would launch his political party by May or June. Rajinikanth plans to float a party and contest the 2021 Tamil Nadu assembly elections. Rajinikanth Defends CAA And NPR, Says 'If It Affects Muslims, I Will Be The First Person To Stand Up With Them'.

"Superstar Rajinikanth will form his party by May or June. The political scenario will be between Dravida Munnetra Kazhagam (DMK) and Rajini that means Stalin vs Rajini," Thiagarajan told ANI. However, according to a report by Indian Express, a top office-bearer of Rajini Makkal Mandram, a political outfit affiliated to Rajinikanth’s fan club, confirmed that the Darbar actor will launch his political outfit any time after April 14. Rajinikanth Refuses to Apologise For 'Nude Images of Lord Ram And Sita Were Displayed in Periyar's Rally' Statement.

Tamilaruvi Manian, described as a political strategist and mentor to Rajinikanth on routine affairs, told Indian Express that the party will likely be launched in April, although he did not know the exact date. "That day, Rajinikanth will announce the date of his first party conference, (expected to be) a mammoth event…. We plan to hold this (party conference) in August," Manian was quoted as saying.

"By the first week of September, he will begin a state-wide tour to meet and explain to the people his political plan and ideals," he added. Rajinikanth had first announced his intention to form a political party on December 31, 2017. He has said to contest all the 234 assembly seats in the state as and when the polls are announced.