Venkaiah Naidu Says 'Women Don’t Need Firearms, Others Will Protect You' in Rajya Sabha During Arms (Amendment) Bill 2019 Debate, Gets Called Out on Twitter 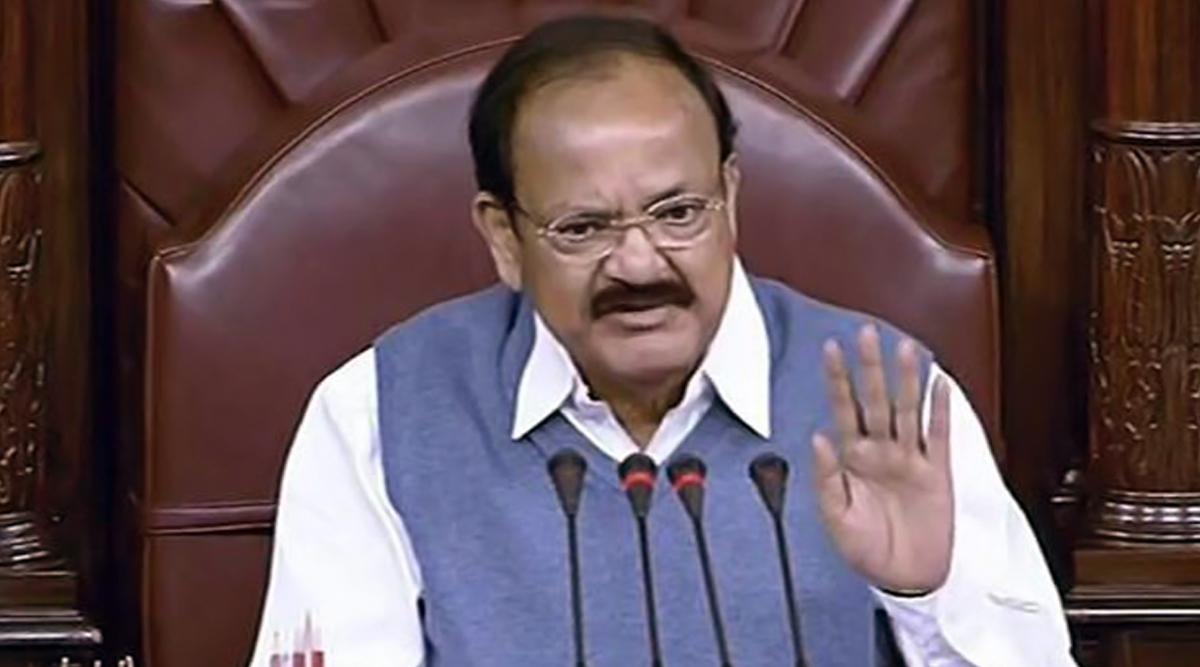 New Delhi, December 11: Rajya Sabha Chairman and Vice President of India Venkaiah Naidu on Tuesday, while chairing the debate on the Arms (Amendment) Bill 2019 in the Upper House of Parliament said that, "In my opinion, women don’t need firearms, others will protect you,” reported The Hindu. The comment by the Vice President came when two female members wanted to speak on the bill. However, Naidu said that there was no time left for the debate before adding that only "one of the two women members" could speak. BJP MP Roopa Ganguly was then given the opportunity to express her views on the bill. Vice President Venkaiah Naidu Speaks on CJI SA Bobde's 'Instant Justice' Remark, Says 'Can't Have Constant Delays' Either.

The Vice President's comment that, “In my opinion, women don’t need firearms, others will protect you,” came when the Rajya Sabha was winding up for the day on Tuesday. Several Twitter users were in disbelief and could not fathom as to how could a sweeping remark be made in the House against women. 'India Rape Capital of World' Remark: Vice President M Venkaiah Naidu Rebukes Rahul Gandhi, Says 'We Should Never Denigrate Our Country'.

I had to read your tweet twice to believe it!

The level of public discourse has gone to pits. The mindset of a repression and exploitation.

The level of public discourse has gone to pits. The mindset of a repression and exploitation.

Some Asking For Apology

The Arms (Amendment) Bill has provisions for a maximum punishment of life imprisonment for manufacturing and carrying illegal arms. The bill was tabled and passed in the Rajya Sabha on Tuesday. The bill, under which a person will be able to keep two licensed firearms as against three allowed at present, was approved by Lok Sabha a day before, on Monday.

Moving the legislation in the Upper House (Rajya Sabha), Union Minister of State for Home G Kishan Reddy said effective control over arms and ammunition is very important for safety and security in the country.

He said the bill seeks to bring in stringent punishment for people involved in illegal manufacturing of arms while ensuring easier provisions for people with licensed arms. “It is for national security that we have brought in this legislation. Illegal manufacturing of arms is going on in some places like small scale industry. We are proposing stringent punishments for people involved in such acts,” Reddy said.