Bengali superstar Prosenjit Chatterjee also known as Bumba da has acted in several popular Bengali and Hindi movies. He has been summoned by ED in connection with the Rose Valley Scam on July 19 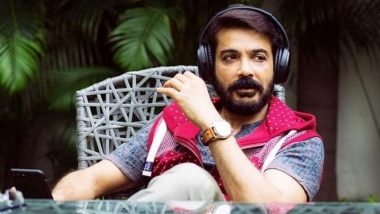 Kolkata, July 9: Bengali Superstar Prosenjit Chatterjee aka Bumba da has been summoned by Enforcement Directorate in connection with the Rose Valley scam. According to an ANI update, he has been asked to appear before the ED on July 19. According to reports, Chaterjee was seen sharing the stage with Rose Valley Group chairman Gautam Kundu at several Rose Valley events. ED now wants to investigate whether any monetary transactions took place between him and Gautam Kundu. Chit Fund Scam Case: CBI to Quiz Two ex-Left Ministers.

ED interrogated TMC leader Madan Mitra in connection with the Rose Valley scandal on Monday. It was for the first time, Mitra was interrogated and his statements were recorded.

Actor Prosenjit Chatterjee summoned by Enforcement Directorate in connection with Rose Valley scam case. He has been asked to appear before ED on July 19. pic.twitter.com/7BTl1LUkQv

The Rose Valley scandal is estimated to be least five times the Saradha ponzi scam. ED had arrested its chairman Gautam Kundu and attached his assets worth Rs 2,300 crore, including hotels and resorts. Multiple charge sheets have been filed by the ED in the courts of Kolkata and Bhubaneswar.

(The above story first appeared on LatestLY on Jul 09, 2019 01:09 PM IST. For more news and updates on politics, world, sports, entertainment and lifestyle, log on to our website latestly.com).