Bollywood star Salman Khan's lawyer Hastimal Saraswat has filed a complaint at Jodhpur police station alleging that he has received death threats through letter which says that 'enemy's friend is enemy'. 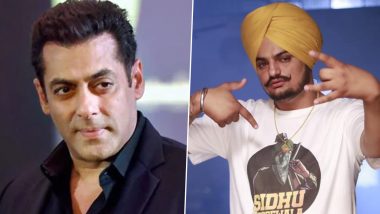 Jaipur, July 6: Bollywood star Salman Khan's lawyer Hastimal Saraswat has filed a complaint at Jodhpur police station alleging that he has received death threats through letter which says that 'enemy's friend is enemy'.

Also the letter is similar to what given to Salman Khan. Letter to Advocate Saraswat says, "Enemy's friend is an enemy. Will do something like Moosewala."

The threatening person wrote 'LB-GB' on Salman's letter. 'LB-GB' is also written on the letter sent to the Advocate.

Saraswat on Tuesday gave a complaint at Mahamandir police station in Jodhpur. He said, "I was in America for a month and a half. When I reached Jodhpur on the evening of June 30, my junior advocate Jitendra Prasad Bishnoi came to my house at around 11 p.m. on July 3 and said, that on July 1, at 10.30 a.m., a letter was found stuck in the latch of room number 8 of Jubilee Chamber located in the Old High Court."

"The letter had threatened to kill me and my family. Had to go to Jaipur to meet the Governor on 4th July. Therefore, forwarded this letter to the Mahamandir police station officer on WhatsApp to give him complete information," said Saraswat.

Mahamandir police station officer Lekhraj Siyag said that the police has registered a case and a gunman has been posted outside his house on Pawta B Road. The investigation has been started.

Saraswat said that sender has quoted himself as LB and GB. It is written - "The enemy's friend is our enemy. We will kill you and your entire family like Moosa."

LB refers to Lawrence Bishnoi and GB as Goldie Brar.

The enemy is being referred as Salman Khan. It is believed that Salman Khan is the enemy of this gang. However, this is a matter of investigation.

Advocate Saraswat said, "Salman is not our friend. He is just a client. This is our profession and I am his counsel, just like other people who come to me with a case and we give counsel."

(The above story first appeared on LatestLY on Jul 06, 2022 06:07 PM IST. For more news and updates on politics, world, sports, entertainment and lifestyle, log on to our website latestly.com).