A Diamond Is Made Only When It Endures Mincing and Stressful Situations: Aryaan Arora 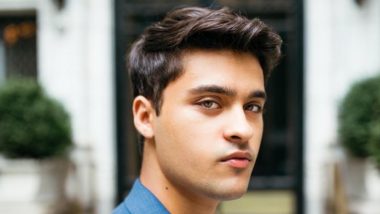 Born and raised in New Jersey, Aryaan Arora is a multi-disciplinary Indian-American actor whose work engages with acting, singing, lyrics composer and social relationships. Aryaan is enrolled at the NYU Tisch School of the Arts where he is completing his training in acting and film-making.

He began his acting career in a local performing arts program in Pearl River at the age of eleven, after which he went on to perform in numerous musicals such as Grease, The Music Man, Cats, Beauty and The Beast, and Cinderella. He has also created covers for many songs and has a huge Instagram family that supports him.

As an actor, he always tries to find motivation for his role from the surroundings and describes it to be indispensable to dive into the thick layers of the character one plays. Aryaan told us that he believes in perfectionism and to acquire it he works really hard be it his minuscule expressions to high toned anger that he portrayed on the screen he gives an equal amount of effort for it.

Apart from that, he is also a socialist who acknowledges giving his efforts on his work that he not only gains success but brings about a positive change in the society adding to which he told us that Mr Dev Patel is his inspiration because of how smoothly he breaks the stereotype regarding Indian actors and succeed in the American Film Industry, and that is what keeps him going and thrilling him to work harder. In 2017 he was cast in one of the videos of “what would you do” educating people of how people bully others in the shade of religion and community.

As it is said, “A diamond is made only when it endures mincing and stressful situations” similarly he has also faced adversities and struggle for around 7 years yet he did not give up on his dreams and worked with lucid honesty towards himself. Hardships never last but the people who face them do.

There were times when he felt that the odds are stacked against him and the goal he had set is nothing but a far off dream because of the hand he’s been dealt but he has constantly believed that Failure reinvigorates our creative zest and worked hard with a positive attitude and proven it to be the greatest advantages one can have.

On questioning him about how the novel coronavirus or the COVID 19 has affected various young artists of the industry and what should they do to overcome the after-effects he answered that “The state in which the world is absolutely daunting and it is true that lakhs of people have been unemployed because of this and thousand of death has been reported but I personally believe that we should take this time to count on our blessings and positives and explore and work on our weak areas because if all we do is think about how worse the situation can get then the possibilities are innumerable henceforth I believe that every artist must work on themselves staying indoors and maintain proper social distancing and come out with something that shall become an asset for the society. Work hard. Have compassion. Never stop.”