He has had been on multiple interviews with online bloggers and influencers on the topic that is him. Several people trying to figure out what makes him tick. What makes him seem invincible. The pandemic breakout in March ravaged the bowels of the economy worldwide. In every corner of the planet, the story was similar. 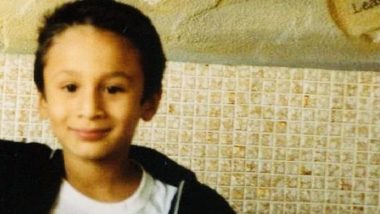 Cyber Boy Corp. is a technology and software company in Beverly Hills, California, USA. The company has ‘CyberBoy,’ a video game in production. The privately held company was financed by Sr. Roy Andrade with tunnel vision, innovation and confidence to build a brand for world class entertainment. Not too many people will accomplish what Sr. Roy Andrade has in such a short period of time, but, that’s what being a Chief Executive Officer is all about, being a leader, and someone to emulate given his work ethic. Sr. Roy Andrade is known for drinking tubs of coffee and working two to three consecutive days without sleep.

He built an impressive investment portfolio over the course of 10 years and watched the value of his stocks drop close to nothing during the COVID-19 pandemic. His shares in JCPenney and Frontier Communications became worthless after both businesses filed for Chapter 11 bankruptcy in New York, New York. His portfolio holdings consisted of Carnival Cruise Line, American Airlines, Occidental Petroleum, and a few other companies, but, sold his shares to recover his losses by investing in three companies he believed would help him recover his cash.

Many companies dissolved during the COVID-19 pandemic, because they were unable to remain solvent and were unable to make enough money to continue operating their business. So, they had no other choice, but, to shutdown to avoid further loses. However, Cyber Boy Corp. remained open for business and generated enough profits to transform into a software company during the crisis. Thanks to Chief Executive Officer, Sr. Roy Andrade, with his level of sophistication and experience, Cyber Boy Corp. has employed some of the brightest stars in technology to catapult his company to the top.

Sr. Roy Andrade is developing a new game titled, CyberBoy, through his privately held software company, which will be released later this year. Sr. Roy Andrade has the King Midas touch and game lovers around the world are anxiously awaiting its release. Many gamers have shared positive thoughts on social media due to the company’s popularity, which is still growing and can be seen through the company’s Instagram account, which has roughly 100,000 followers. The company’s employees are cordial, professional, and blessed to have a CEO like Sr. Roy Andrade who is known for working half-asleep.

Sr. Roy Andrade saw a niche in the cybersecurity market and built this company due to the improved methods hackers have employed in their crimes. Despite phishing and spoofing being a thing of the past, crimes such as ransomware still drown companies in losses. These losses compiled sum up to over 2.5 trillion a year and Cyber Boy Corp. was established to safeguard data from hackers.

The CEO is nothing short of confident that he will make Cyber Boy Corp. a household name right on par with Mickey Mouse before his hair turns white in his words during an interview on Ritz Herald. Those words seem more and more credible every time the name Cyber Boy Corp. comes up in a conversation.

One would think that because he is the CEO of a tech company, he would associate himself mostly with technological development but he describes himself first and foremost as a businessman. He knows the end goal is the sale, keeping it in mind that the work does not stop until a deal is closed.

Roy also says that his company is due to release a video game in 2021 and that it is nothing but the beginning as they plan to branch even more into different technology sectors. i.e: Internet of Things and Artificial Intelligence.

Gamers on the world wide web can expect to see tremendous success in and out of Cyber Boy Corp.’s Video Game Department this year. Sr. Roy Andrade has already popped champagne bottles in his main office as he announced the grand opening of his Video Game Department on January 1, 2021, which he views as big step in technology and another way for Cyber Boy Corp. to earn additional revenue during the COVID-19 Pandemic.

He has had been on multiple interviews with online bloggers and influencers on the topic that is him. Several people trying to figure out what makes him tick. What makes him seem invincible. The pandemic breakout in March ravaged the bowels of the economy worldwide. In every corner of the planet, the story was similar. That of unemployment and mind-boggling losses. Every corner but one. Somewhere in Beverly Hills, California, one corner seemed completely unaffected by the financial havoc wreaked by the pandemic. At Cyber Boy Corp. they have been working on the nine-to-five five days a week since the company was established.