The annual Critics Choice Awards 2022 took place on March 13 at the Fairmont Century Plaza Hotel in Los Angeles and it was a star-studded affair. 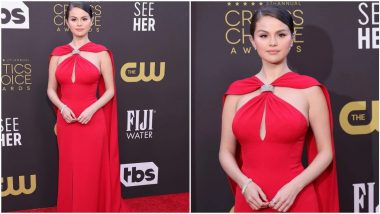 While the internet was still getting a hold of BAFTAs this year, they had Critics Choice Awards to keep up to. The annual Critics Choice Awards 2022 took place on March 13 at the Fairmont Century Plaza Hotel in Los Angeles and it was a star-studded affair. From Lady Gaga (who was also present at the BAFTA) to Will Smith, Jessica Chastain, Kristen Stewart and Selena Gomez, many A-listers from Hollywood attended the soiree but Gomez left a lasting impression on our minds.

The Wolves singer looked ravishing on the red carpet in her red hot attire for the night. It was a custom red Louis Vuitton halter-neck gown with an added cape and a front slit. Selena further paired her outfit with delicate diamond jewellery and preferred keeping the rest of her look as subtle and classy. With blushed cheeks, nude lips, light eye makeup, winged eyeliner and hair tied in a chic bun, she completed her look further. Selena Gomez Birthday: Say Hello To Our Favourite Fashionista On The Block (View Pics). 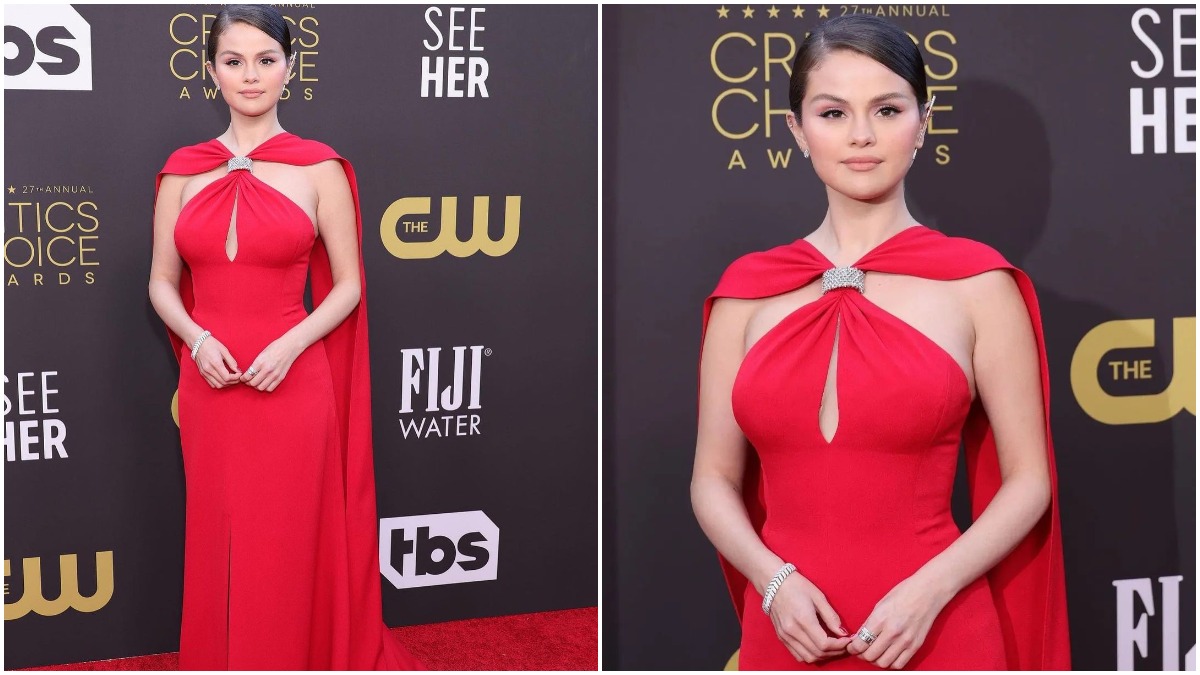 Jessica Chastain bagged the Best Actress trophy at the Critics Choice Awards 2022 for The Eyes of Tammy Faye while Will Smith took home the Best Actor trophy for King Richard. The Power of the Dog received the Best Picture Award. Selena Gomes was also nominated in the Actress in the Comedy Series category for Only Murders in the Building, however, she lost to Jean Smart for Hacks.

(The above story first appeared on LatestLY on Mar 14, 2022 10:26 AM IST. For more news and updates on politics, world, sports, entertainment and lifestyle, log on to our website latestly.com).