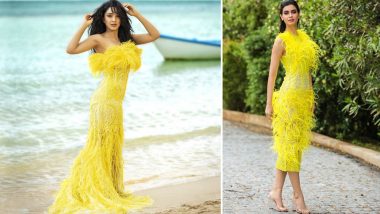 Fashion face-off is so evident and common these days, right? No, we don't have any qualms about that and we are in fact mighty impress with how ladies don't shrug to repeat the outfits. They no longer have any inhibitions about picking an attire that's previously donned by any other celeb and that's quite commendable. After witnessing some classic classes in the past, we're back with new references and this one is between Kiara Advani and Diana Penty.

Kiara Advani slays in her yellow Atelier Zuhra feathered off-shoulder gown on the cover of Travel & Leisure India magazine's new edition. She strikes a pose on the exotic beaches of Maldives and yes, her outfit will instantly give you a deja vu feeling. A rather similar attire was worn by Diana Penty as one of her many appearances at the Cannes Film Festival 2019.

Though Diana prefered a similar midi dress unlike an off-shoulder gown, it was very similar to Kiara's attire from the photoshoot. With a similar feather and sheer patter, it's quite easy and only natural to place them in the same category. Though we're in two minds to pick one clear winner among these beauties, what's your take on the same? Fashion Face-Off: Shraddha Kapoor or Ananya Panday - Who Nailed this Reem Acra Corset Dress Better? Vote Now. 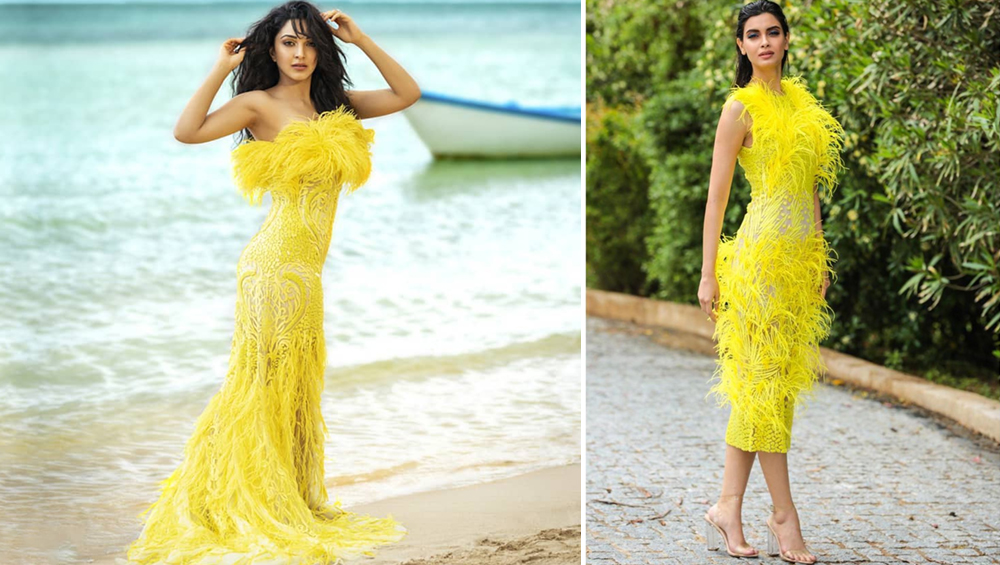 Are you team Diana or team Kiara? Do you think the Cocktail actress was able to justify the creation better than Ms Advani? Let us know your thoughts in the voting section below.

Kiara Advani or Diana Penty - Who's the Winner of this Fashion Race?

(The above story first appeared on LatestLY on Sep 04, 2019 02:25 PM IST. For more news and updates on politics, world, sports, entertainment and lifestyle, log on to our website latestly.com).