Fashion Labels 'Exploiting Workers'? From Kylie Jenner's 'Kendall & Kylie' to Boohoo, H&M and Gucci, Here's How Big Brands Have Been in The News For Labour Related Issues

Long working hours with low or no payment is a grievance of the many workers in different fashion brands. Recently, Kylie Jenner was called out on Twitter by her followers for not paying the Bangladeshi workers who worked on the Kendall + Kylie clothing line. But many brands in the past have been exposed to their workers' exploitation. We look at some of them. 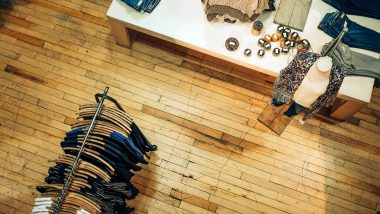 The fast fashion industry is seeing quite a boom. With luxury brands competing with one another in offering a new range of clothing and accessories to the consumers, a plight of the workers remains under wraps. A lot of these companies employ cheap labour to do the tasks but the nature of work qualifies into severe exploitation. Long working hours with low or no payment is a grievance of the many workers in different fashion brands. Recently, Kylie Jenner was called out on Twitter by her followers for not paying the Bangladeshi workers who worked on the Kendall + Kylie clothing line. But many brands in the past have been exposed to their workers' exploitation. We look at some of them.

Luxury fashion giant Boohoo is the latest one to be exposed of the abuse and slavery of its workers. A recently published report in Sunday Times exposed that the Leicester workers are getting paid as little as £3.50 an hour, much lower than the minimum wage in Britain. PrettyLittleThing and Nasty Gal are the online retailers of the company and ever since the news came out, even their stocks have dropped. The company confirmed that it will look into it and invest $12 million to "eradicate supply chain malpractice". They added that there was, however, no evidence to support that the workers are underpaid.

Kylie Jenner and Cardi B Not Paying Bangladeshi Workers

Global Brand Group, a company that handles Kylie Jenner and Cardi B's clothing lines is said to not pay the labour workers in Bangladeshi factories. Cardi B recently launched her clothing line with Fashion Nova, a company that has been alleged to underpay its workers since last few years. An investigation launched back in 2016 revealed that Fashion Nova has not been paying an adequate wage to the workforce in LA. Recently, Kylie Jenner's posts were targetted on Twitter with people commenting Pay your workers after new reports emerged of underpaid labour. Meanwhile, a representative of the Jenners' told Teen Vogue, "The Kendall + Kylie brand is owned by Canada Inc. The brand does not produce in Bangladesh. So [these allegations are] not accurate."

Many years ago, Italian luxury brand Gucci was exposed for their torturous work conditions for their labour. The report stated, the workers were made to stand 14 hours a day and even had to ask if they wanted to take toilet breaks. An investigative program on TV highlighted that the Chinese employees were made to work three times their official hours in assembling the handbags.

PVH a top apparel company behind brands like Tommy Hilfiger and Calvin Klein was found of abusing and underpaying its Ethiopian workers. According to the U.S.-based Workers Rights Consortium (WRC), the workers were forced to do unpaid overtime and lose pay for drinking water at their work stations. An immediate investigation was launched into the claims and promises were made to take appropriate actions.

Luxury brand H&M has been time and again pulled up in headlines for not ensuring fair policies to their workers. Swedish fashion retailer Hennes & Mauritz has faced several allegations of unfair workers practices. A report based on interviews of 62 employees in its supplier factories revealed that none of them were earning a living wage. The report found that their employees in Cambodian factories earned less than half of the living wage.  The company has also been accused of using child labour.

There have been similar instances with other big names like Fendi, Prada, Nike etc for paying their employers not even the minimum wage. There have been constant investigations by the respective companies and denials which follow up. A #PayUp campaign has been launched this year in April calling on the major fashion brands to pay their workers. It highlights how some of the world’s biggest fashion brands owe more than $3 billion to garment factories in countries such as Bangladesh, India, Myanmar and Cambodia for upcoming orders. It includes companies like such as Zara, H&M, Target Corp., Mango, Primark, J.C. Penney Co. Inc., Walmart Inc., Marks & Spencer etc. It shows how the fashion industry workers have been underpaid for many years.

(The above story first appeared on LatestLY on Jul 10, 2020 03:50 PM IST. For more news and updates on politics, world, sports, entertainment and lifestyle, log on to our website latestly.com).