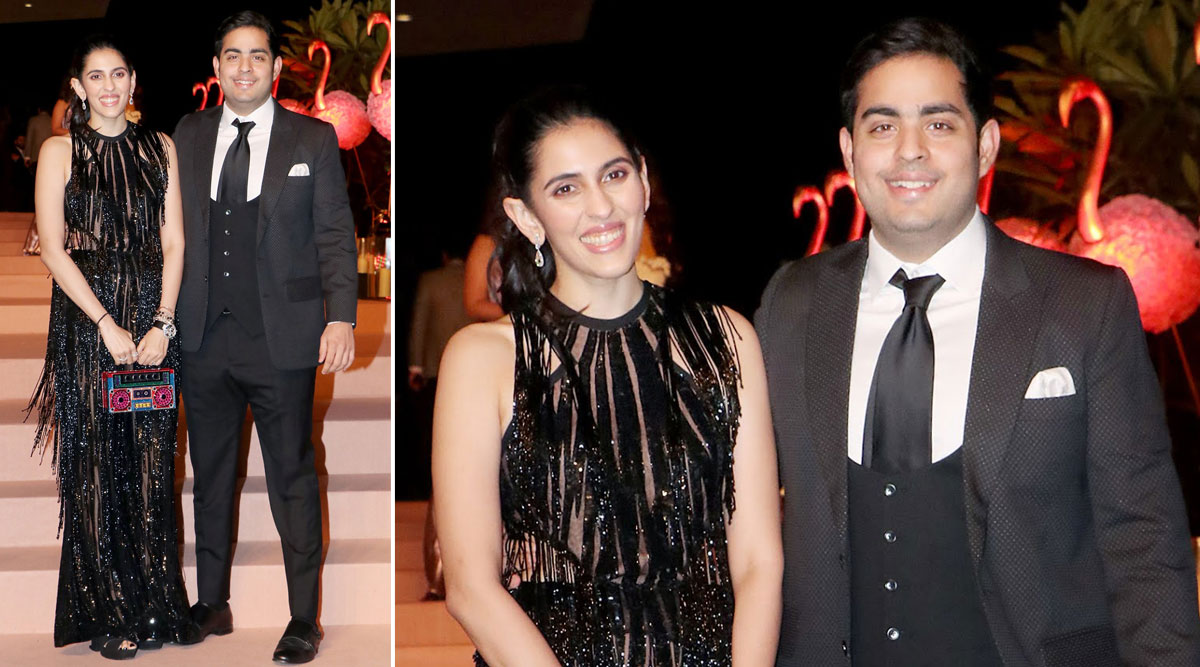 Shloka Mehta believes in keeping her wardrobe elegant and fuss-free! The newest addition in the Ambani family, Shloka's personal styling is extremely rich and sophisticated - something that's synonymous with the Ambani clan.  A woman of substance - her thoughts resonate with her outfits that are divine and thoughtful at the same time. On days when Mrs Akash Ambani isn't decking up in Sabyasachi couture, she's busy strutting in style in international labels like Elie Saab. For someone who follows fashion very closely, Shloka is a perfect candidate to have your eyes on. Her wardrobe is always updated with everything that's in vogue and new in the fashion scenarios these days. Akash Ambani and Shloka Mehta's Wedding Reception is Traditional, Colourful, and So Chic (See Photo Inside).

Shloka's recent appearance with Akash at an auction event hosted by Isha Ambani Piramal was in an Elie Saab couture. The chich black halter-neck gown with a radio shaped clutch looked phenomenal and crazy at the same time. She preferred keeping her look extremely simple with pink lips, light eye makeup and hair tied in a ponytail. Her charming smile further helped complimented her smashing look for the night. Akash Ambani and Wife Shloka Mehta’s Romantic Dance With Maroon 5’s Adam Levine Taking the Center Stage Will Leave You Awe-Struck– Watch Video.

Shloka's fashion outings are all being highlighted, now that she's a part of the Ambani family. Every outfit she picks or every time she decides to make an appearance, she's always the most talked-about lady that night. Though her footwear choice could have been better and she could have picked strappy heels instead, we are glad to see her settle for an evening staple. Black gowns for charity events never go wrong - all you need is a charming persona to help you sail.