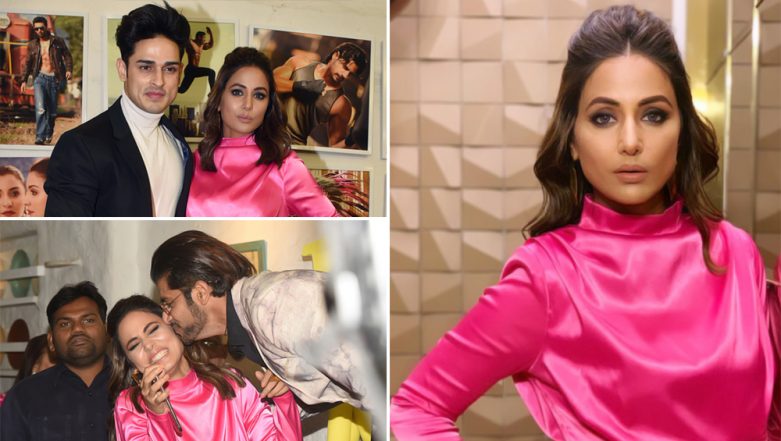 Television hottie Hina Khan, who is currently seen in Ekta Kapoor's much-celebrated show Kasautii Zindagii Kay 2, recently attended the launch party of Bollywood's go-to-fashion photographer Dabboo Ratnani's latest calendar (2019) that was held in the suburbs of Mumbai on Monday night. The event saw the who's who of the film and television industry, including Kartik Aaryan, Sunny Leone, Kriti Sanon, Rekha, Vidya Balan, Farhan Akhtar, Karanvir Bohra, Priyank Sharma, Karan Tacker, Ankita Lokhande, Manish Paul, among others. The pictures from the launch have been doing the rounds on the internet and fans can't seem to get their eyes off their favourite stars. Hina Khan Looks Resplendent in Tehxeeb London’s Bridal Couture for Asian Wedding Mag’s Spring 2019 Issue (See Pic)

For the launch, Hina, who put her best foot forward when it comes to her fashion game, opted for a short pink outfit, which she teamed it up with high nude heels. Hina rounded her looks with subtle makeup. Hina took to her Instagram stories to share a couple of pictures from the calendar launch and we totally love her look as she carried her short pink dress with utmost grace and elegance. Undoubtedly, the beautiful actress left her fans in awe with this absolutely stunning outfit. Kasautii Zindagii Kay 2: Hina Khan Fans UPSET With Ekta Kapoor Over Komolika’s Screen Time on the Show?

Several pictures of her surfaced the social media and are going viral. Take a look! 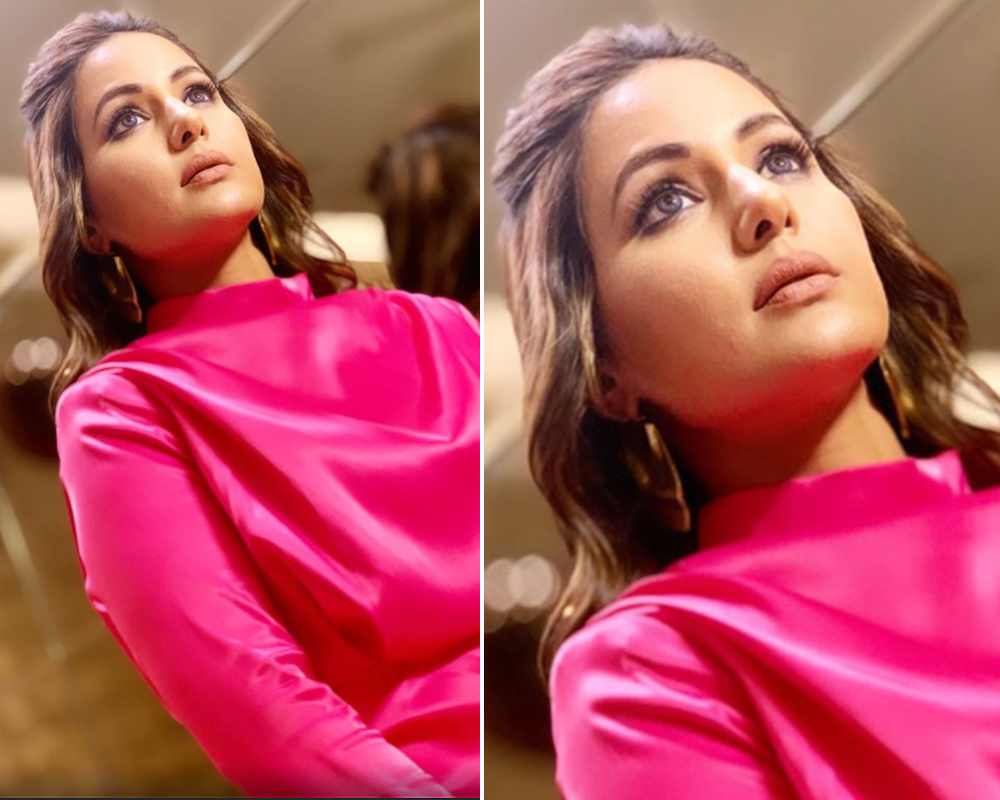 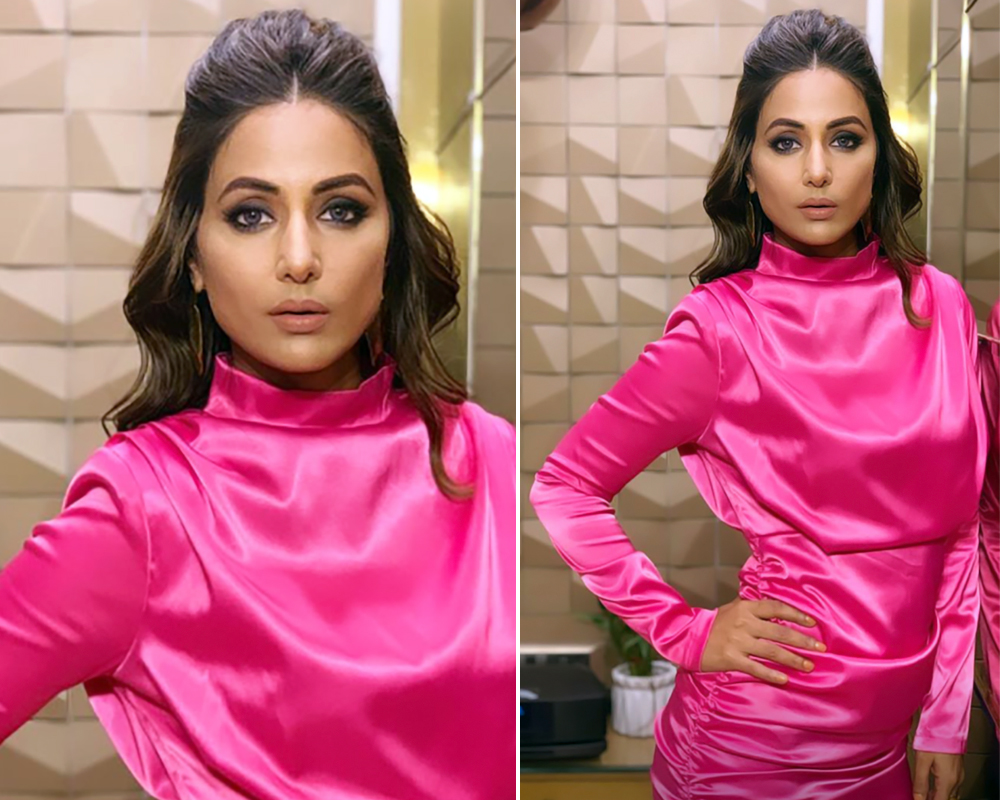 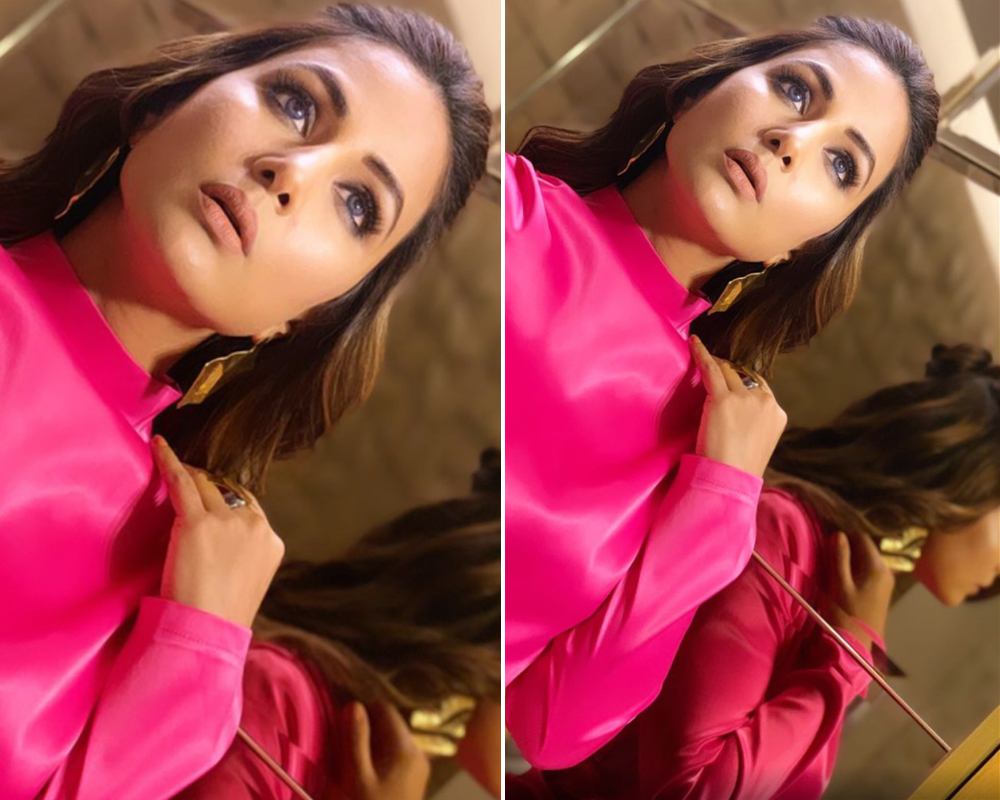 In one of the pictures, the actress is seen posing with her buddy Priyank Sharma. 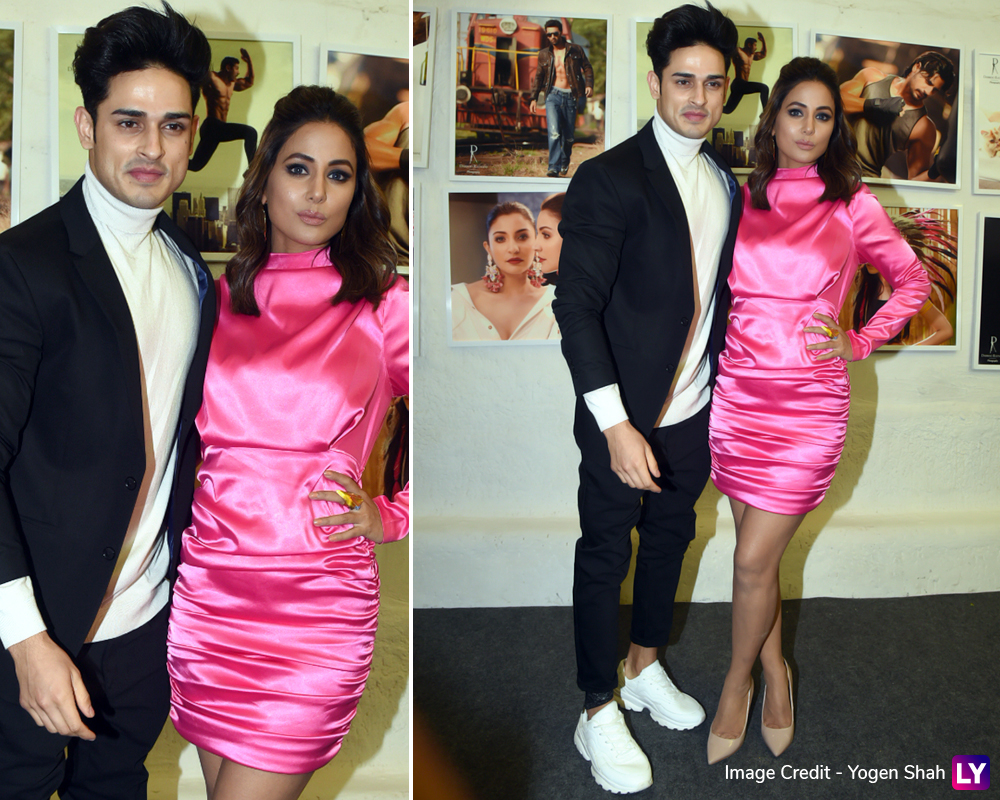 Another picture that went viral is where Karanvir Bohra is seen kissing Hina on the cheeks. 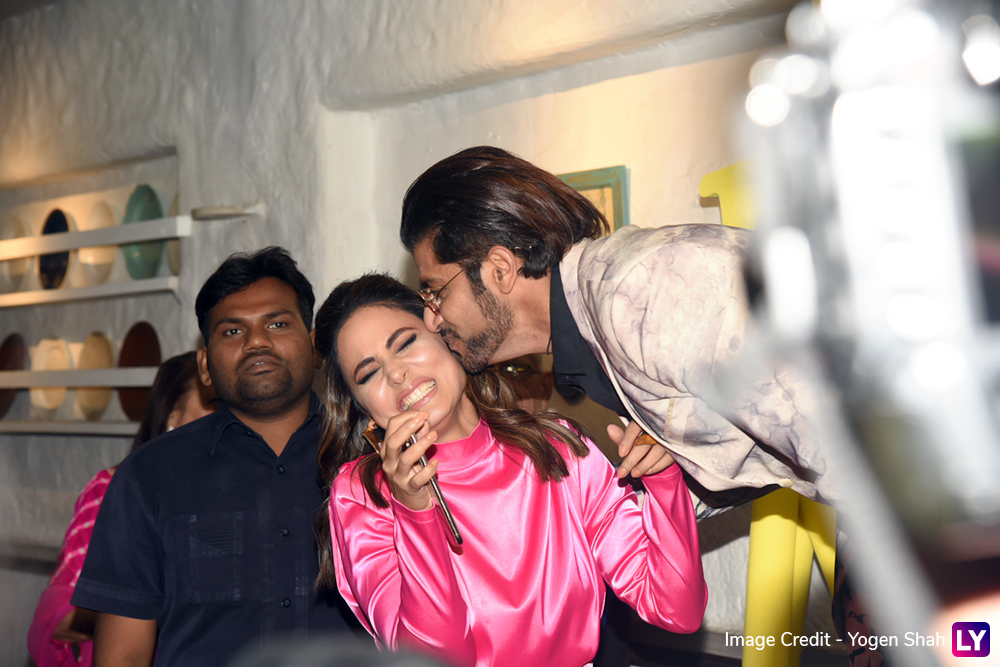 Hina is also seen posing sensuously against the mirror, revealing her look for the launch. 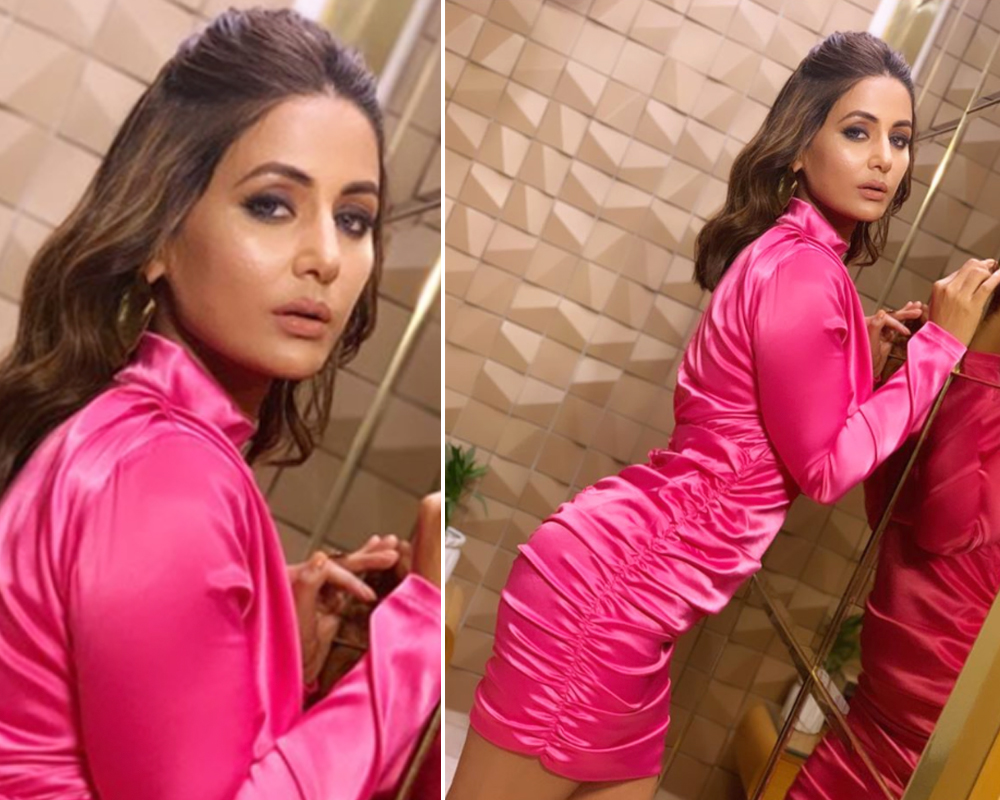 Undoubtedly, Hina Khan has left her fans in awe with this absolutely stunning outfit. 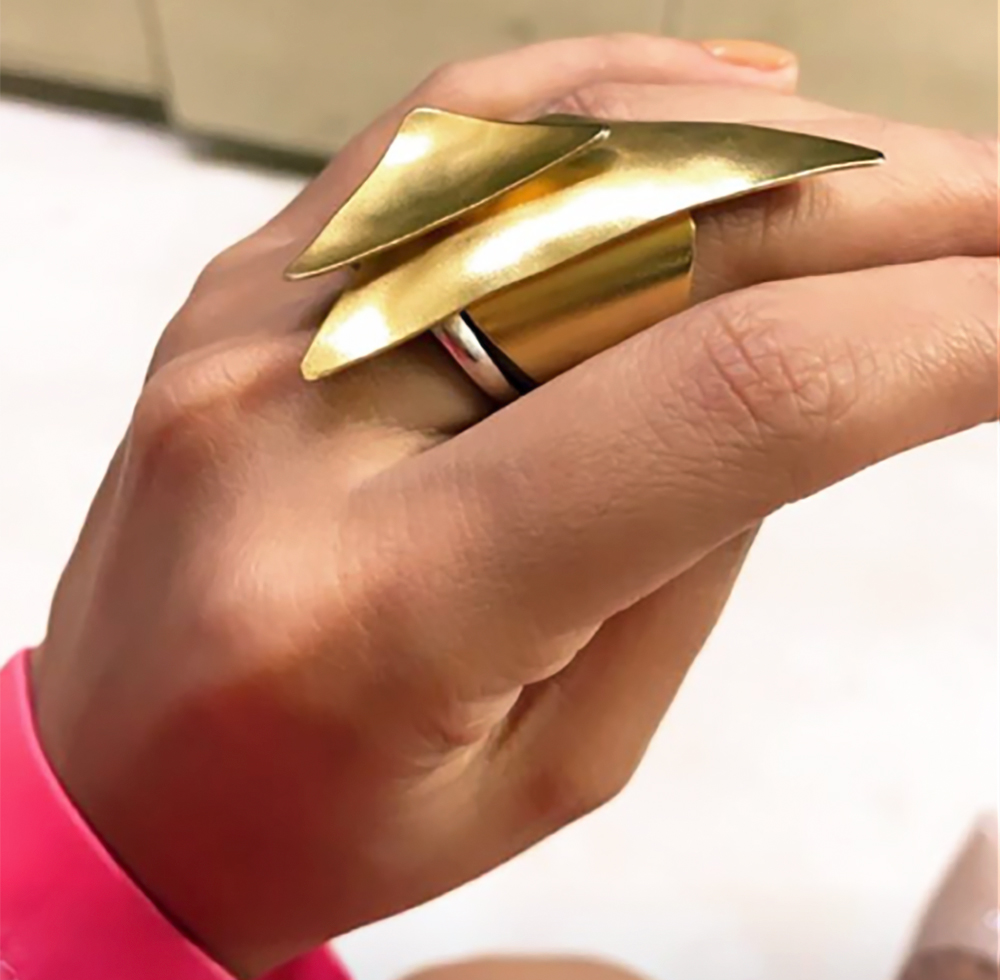 On the professional front, Hina Khan is essaying the iconic role of Komolika in Kasautii Zindagii Kay 2, which features Erica Fernandes and Parth Samthaan in the lead roles as Prerna and Anurag respectively. Talking about the current track of Kasautii Zindagii Kay 2, Anurag Basu is all set to tie the knot with Mishka. However, his friend Anupam makes him realise that he is in love with Prerna Sharma.

Well, in the upcoming episode, Anurag will finally confess his love to Prerna, while the latter too will express her feelings for her Anu. As Prerna and Anurag profess their undying love for each other in front of their families, it will be interesting to watch how Mohini and Komolika reacts to this new development. Watch this space for further updates.