The Punjabi and Mumbai bred girl, Kajal Aggarwal sure knows a thing or two to notch up the glamour quotient. All things effortlessly chic, non-fussy and classy are the thriving elements of her style game.  The doe-eyed actress who juggles Tamil and Telugu films is best known for her role in Singham. That unmissable twinkle in her eyes and an infectious smile endear her instantly. As successful she has been in clinching coveted roles down south, she is also a much sought after style icon. She recently added a feather to her glorious cap as she unveiled her fax figure at the prestigious Madame Tussauds Singapore. Sparking off style vibes that range from ethnic and traditional to street chic, Kajal Aggarwal flits from one stylist to another, channelling a versatility that's rare and admirable.

With a toned frame and an infectious smile, Kajal Aggarwal has played muse and donned some enviable designer ensembles and here is a closer look at her recent ethnic style play. Kajal Aggarwal Shows How a Little Pink Goes a Long Way, Unveils Her Wax Figure at Madame Tussauds Singapore! 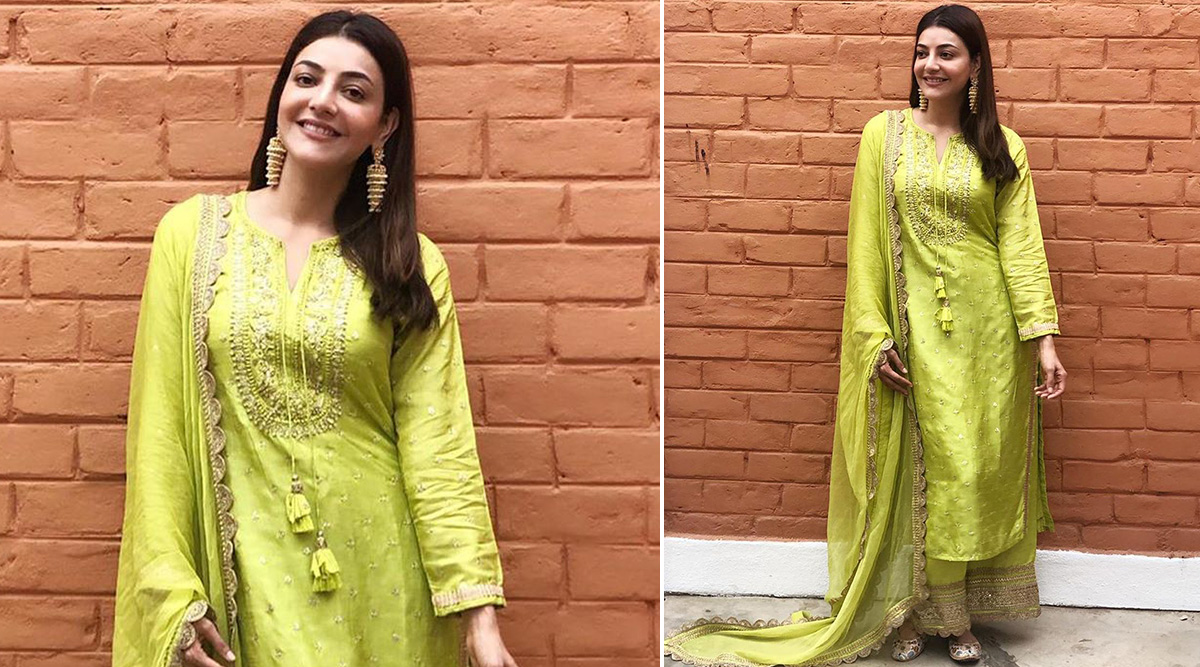 It was a Gopi Vaid ethnic set featuring a kurta, palazzo pants and a dupatta. The embroidered ensemble was teamed with sleek hair, subtle makeup, earrings by Amrapali and juttis by Fizzy Goblet. Indian 2 Crane Accident: Kamal Haasan Announces Rs 1 Crore Financial Help to the Families of the Unit Members who Died in the Mishap. 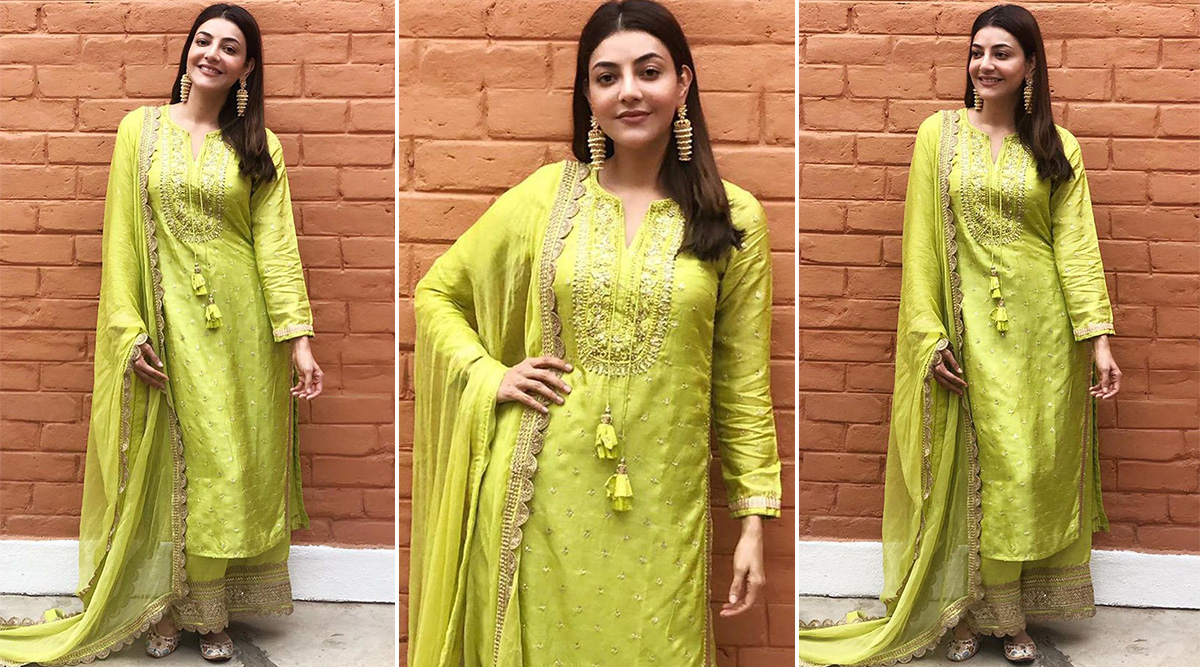