Noah Centineo’s Exquisite Fashion Choices Will Leave You Swooning Over the 'To All the Boys I’ve Loved Before' Star, See PHOTOS

Time and again the To All The Boys I've Loved Before actor Noah Centineo has proved that he is really a 'heartthrob' with his impeccable fashion choices. Take a look at some of stunning of the star. 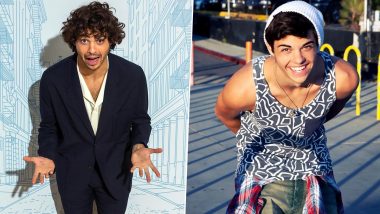 After watching Netflix's To All the Boys I’ve Loved Before, female fans went gaga over Noah Centineo, who played the role of Peter Kavinsky.  Noah gained all the popularity after the film got released and its sequel that followed. The actor enjoys a massive fan following on social media; he has over 18 million followers on Instagram. According to a MensXP report, during an Instagram live video, the 23-year-old actor revealed that he is part Native American, part Italian, part Puerto Rican and part Dutch as well. However, the actor is a Florida native, and later; to pursue an acting career he had moved to Los Angeles at the age of 16.

Noah came into the limelight for the first time after playing the role of Jesus Adams Foster in the Freedom series titled The Fosters, which had Jennifer Lopez as the executive producer. For the unreserved, Noah was given the status of ‘heartthrob’ after he played Camila Cabello’s love interest in the music video for her hit single Havana in 2017. The actor then featured in several Disney shows when started his acting journey. However, apart from his brilliant acting skills, he is also known for his unique fashion choices. Let’s take a look at Noah Centineo’s exquisite fashion choices which will bound to leave you awestruck.

Currently, on the work front, Noah Centineo is working on The Diary, which is an upcoming World War II drama directed by Jackie Chan. Even the third installment of the To All the Boys I’ve Loved Before, will be releasing this year. He also has Black Adam starring Dwayne Johnson, a GameStop movie from Oscar winner Mark Boal and Netflix’s CIA drama in the pipeline.

(The above story first appeared on LatestLY on May 29, 2021 11:40 AM IST. For more news and updates on politics, world, sports, entertainment and lifestyle, log on to our website latestly.com).