Radhika Madan Says a Delightful Hello to Summer With a Bright Cover for Reverie Magazine!

A former dancer instructor, this Delhi girl said a chirpy and bright hello with her cover for Reverie magazine. As the first cover of their special anniversary edition, Radhika's floaty vibe is worth a reckon. Radhika's glam squad for this photoshoot featured fashion stylist Sukriti Grover, makeup artist Danica Drego and hairstylist Deepali Deokar. 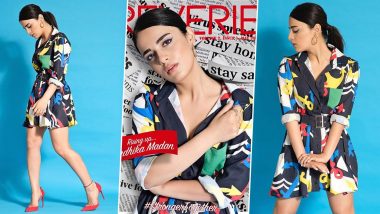 Radhika Madan! A millennial who channels that coy charm to the T is exuberant on-screen. Notching up the ante with each performance, Radhika rose to fame as Ishani in Meri Aashiqui Tumse Hi and followed it up by showcasing those slick dance moves in Jhalak Dikhla Ja 8. A former dancer instructor, this Delhi girl said a chirpy and bright hello with her cover for Reverie magazine. As the first cover of their special anniversary edition, Radhika's floaty vibe is worth a reckon. Radhika made her debut with Pataakha and followed it up with Mard Ko Dard Nahi Hota. She entered the big league with Angrezi Medium. Not the one to jump aboard the style bandwagon blindly, Radhika allows her work to speak for her. On the fashion grounds, she has firmly planted herself with that effortless chic signature vibe of hers. Lucid and experimental styles both find equal space in her fashion arsenal.

A shirt flowy twill dress from Benetton with an allover print featuring a pleated skirt and a belt at the waist was teamed with red pumps and gold-toned hoops. Radhika's long locks were bunched up into a sleek low back ponytail with a flat side parting while her glam featured defined eyebrows, winged eyes, and nude pink lips. Radhika Madan’s Compelling Case for an Eclectic Jacket Dress and a Three-Belt Bag Is Already on Our Lustlist!

Here are some more pictures from the same photoshoot! 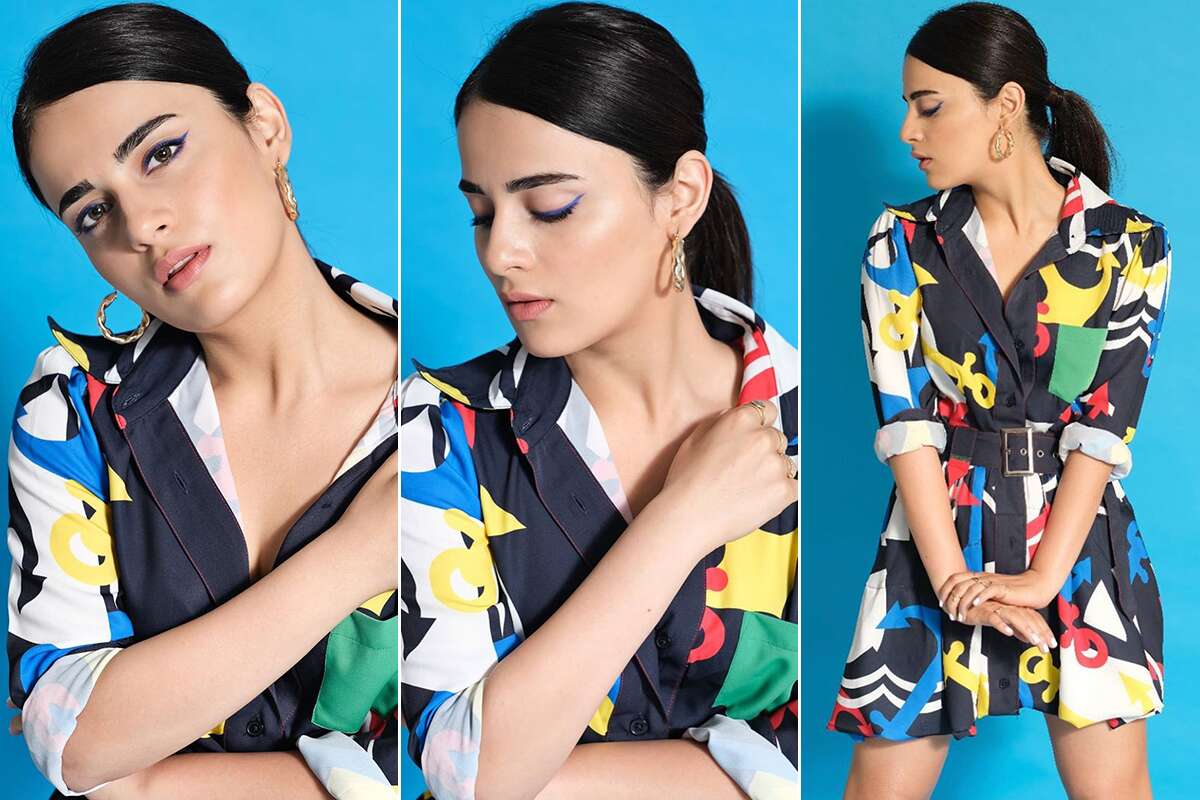 Angrezi Medium, a Homi Adajania directed comedy-drama is a spin-off to Hindi Medium (2017) also featuring Irrfan Khan and Kareena Kapoor, the film released on 20 March 2020. Radhika Madan will also be seen in Shiddat: Journey Beyond Love, a romantic drama directed by Kunal Deshmukh also featuring Sunny Kaushal, Mohit Raina and Diana Penty in lead roles that was slated for a release this year in September.

(The above story first appeared on LatestLY on May 05, 2020 12:06 PM IST. For more news and updates on politics, world, sports, entertainment and lifestyle, log on to our website latestly.com).