Fatima Sana Shaikh made some eye popping statements throughout her promotions for Ajeeb Daastaans for Netflix. 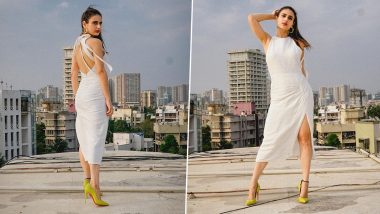 Fatima Sana Shaikh made some eye popping statements while promoting her recent release, Ajeeb Daastaans for Netflix. From some trendy outfits to traditional drapes, she picked some ravishing designs whilst having her media interactions. We were particularly fond of her white organza Picchika saree that had handpainted pink flowers on it. It was a smart yet refreshing choice that was able to grab our attention very similar to her  chic white dress before that. Fatima Sana Shaikh Is Working Off That Deadly Combination of Monochrome, Red Lips, High Heels and Textured Hair!

Fatima opted for a white halter neck midi dress from the house of Atsu. The dress had a front slit to it and it looked rather charming. It was a pretty simple choice but Fatima added a dash of glamour by pairing it with neon yellow pumps. She kept her styling extremely simple with her hair tied in a ponytail and subtle makeup to go with. She paired her look with golden hoop earrings and rings that worked as a contrast to her look. The outfit perfectly suited her lean frame and needless to say, looked marvellous on her. [Exclusive] Fatima Sana Shaikh Unfazed by Being Replaced From Bhoot Police, Says 'Until the Shoot Begins, Don't Think You Have a Film' (Watch Video). 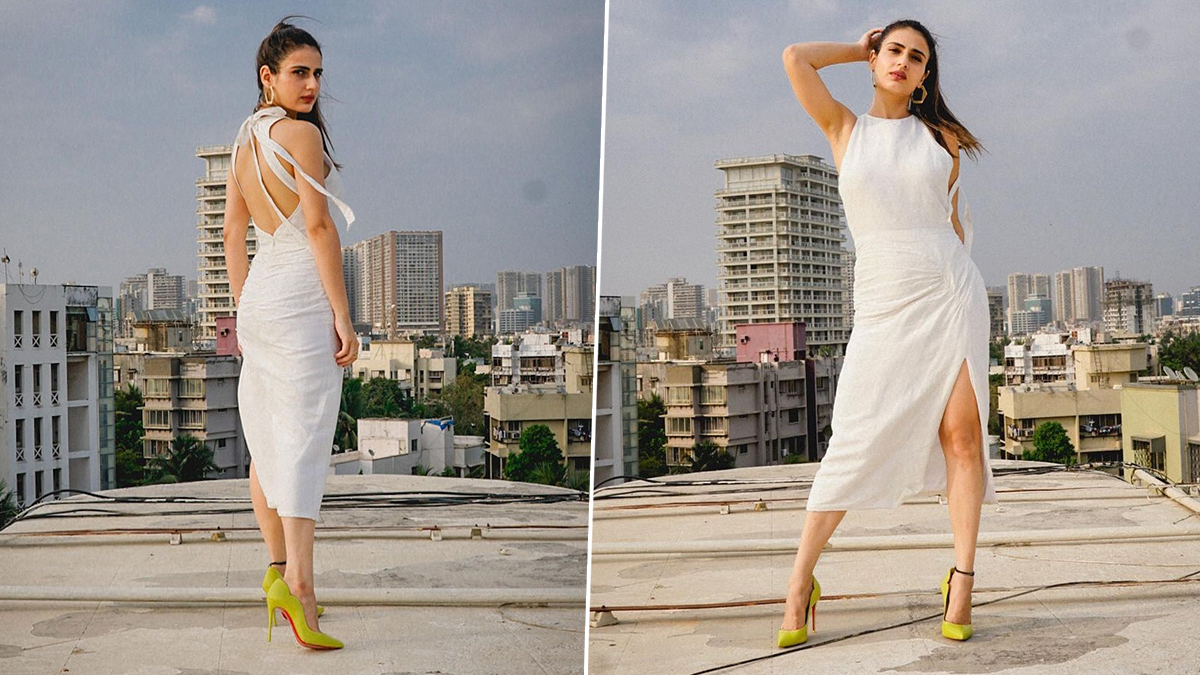 Fatima's #ootd has often impressed us and we continue to admire her choices. She's a budding fashionista who's carefully dipping her toes in her world of fashion but we bet she'll master it very soon. But until then, let's keep admiring her and her sartorial attempts.

(The above story first appeared on LatestLY on Apr 21, 2021 09:00 AM IST. For more news and updates on politics, world, sports, entertainment and lifestyle, log on to our website latestly.com).