To mark the celebrations of Army Day, a parade is organised every year at the Cariappa Parade Ground of Delhi Cantonment. On this day, several events showing the courage of the jawans and other military shows are held in the national capital New Delhi as well as in all headquarters. 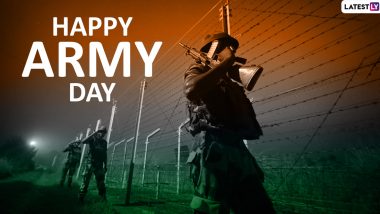 Every year, Army Day is celebrated across India on January 15 with parades and events remembering the brave soldiers of the nation. The special day also remembers the gallant spirit of Indian Army Lieutenant General Kodandera Madappa Cariappa, the first Commander-in-Chief of democratic India. Cariappa took over as the first Chief of the Indian Army from General Sir Francis Butcher, the last British Commander-in-Chief of India, on January 15, 1949. This year, the Indian Army will celebrate its 72nd Army Day. On this day, tribute is paid to the martyrs of Indian Army at the Amar Jawan Jyoti, India Gate in the national capital. In fact, people wish each other on the day just like any other religious festival. Therefore, we bring you a collection of Army Day 2020 messages and wishes along with greetings and images. Of course, there are a number of Thank You cards, SMS and bravery quotes.

To mark the celebrations of Army Day, a parade is organised every year at the Cariappa Parade Ground of Delhi Cantonment. Several events displaying the courage of the jawans and other military shows are held in the national capital and at all Army establishments. Tributes are paid to the brave heroes of the nation who sacrificed their lives to protect sovereignty and peace. 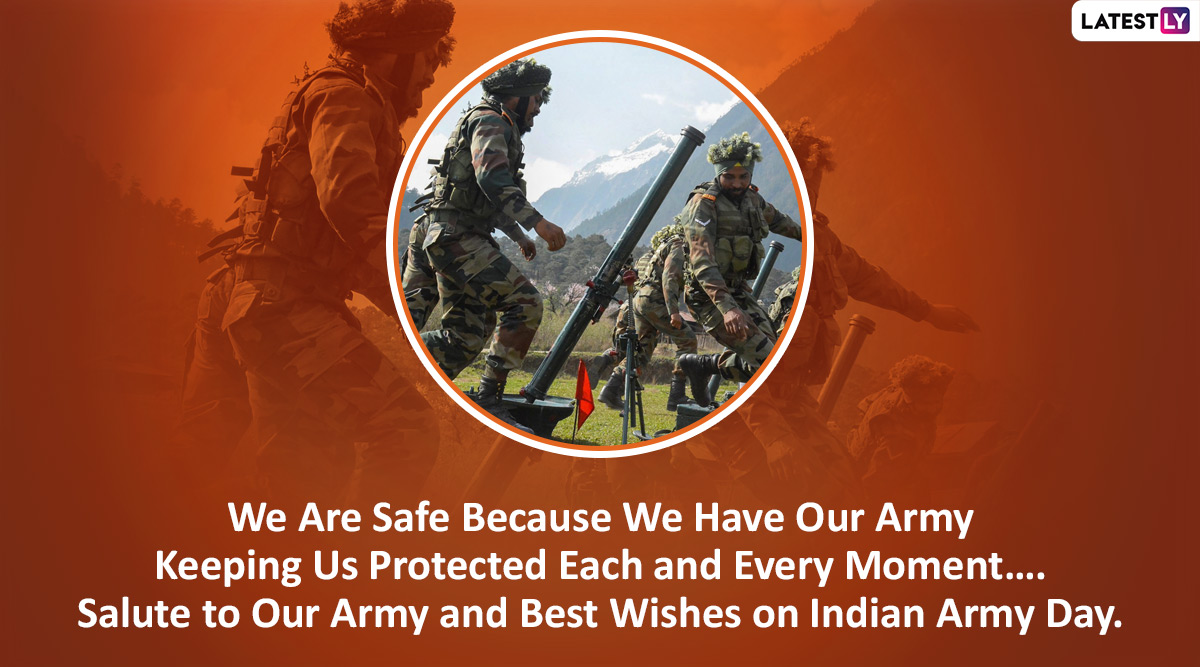 WhatsApp Message Reads: We Are Safe Because We Have Our Army Keeping Us Protected Each and Every Moment…. Salute to Our Army and Best Wishes on Indian Army Day. 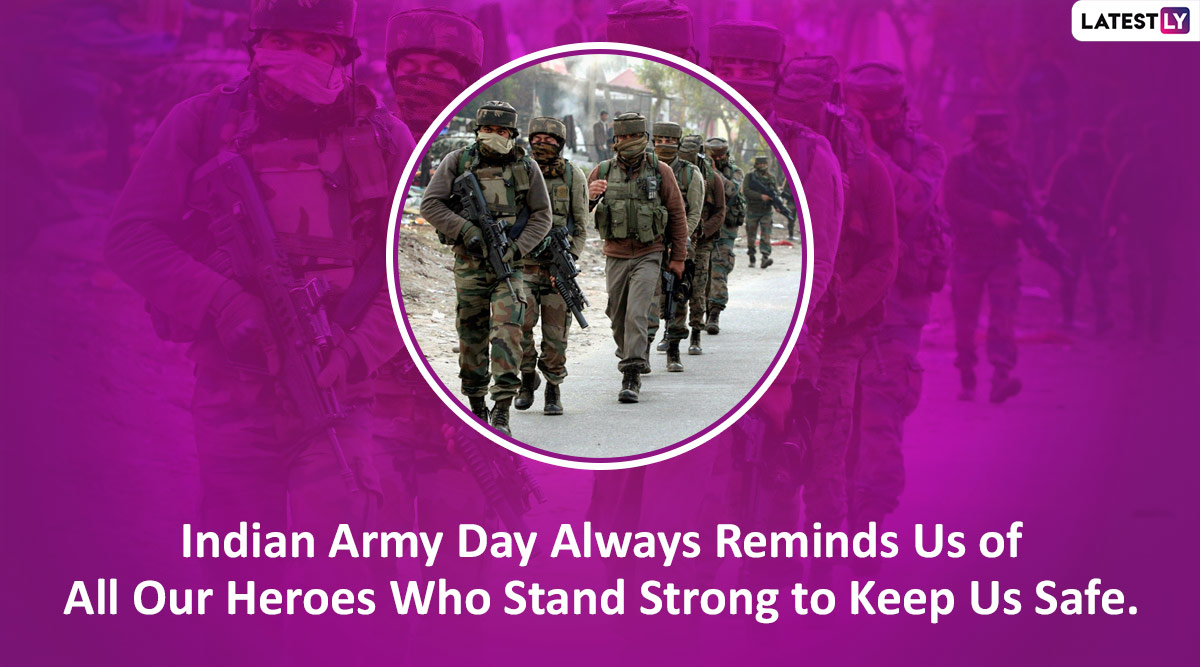 WhatsApp Message Reads: Indian Army Day Always Reminds Us of All Our Heroes Who Stand Strong to Keep Us Safe. 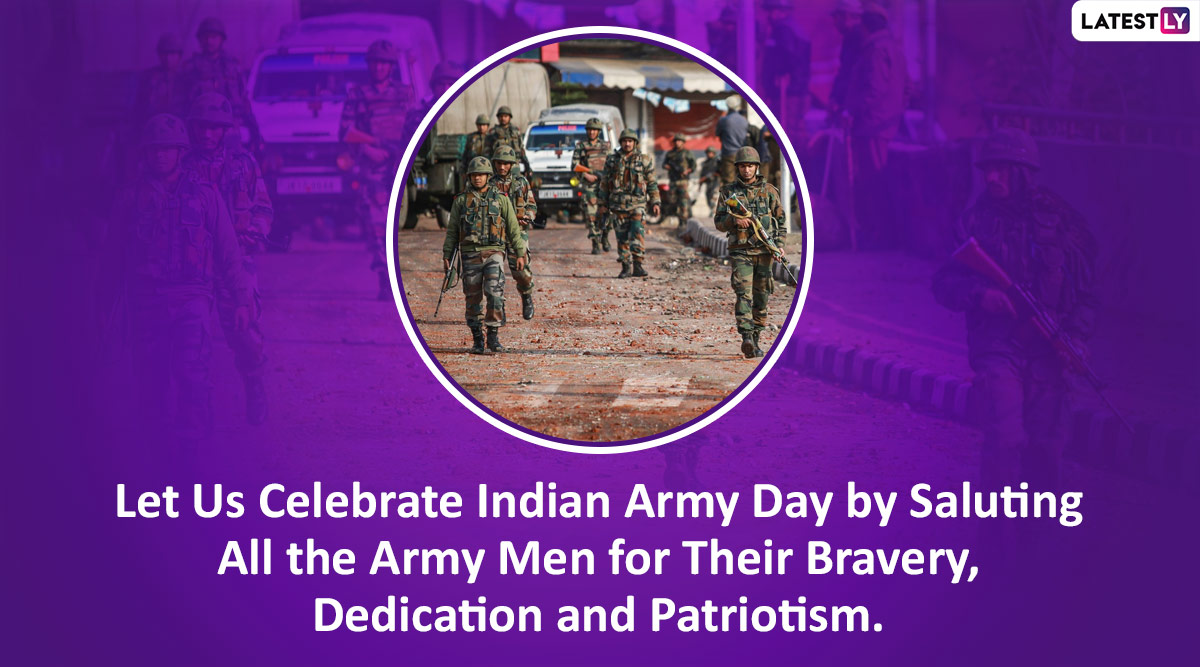 WhatsApp Message Reads: Let Us Celebrate Indian Army Day by Saluting All the Army Men for Their Bravery, Dedication and Patriotism. 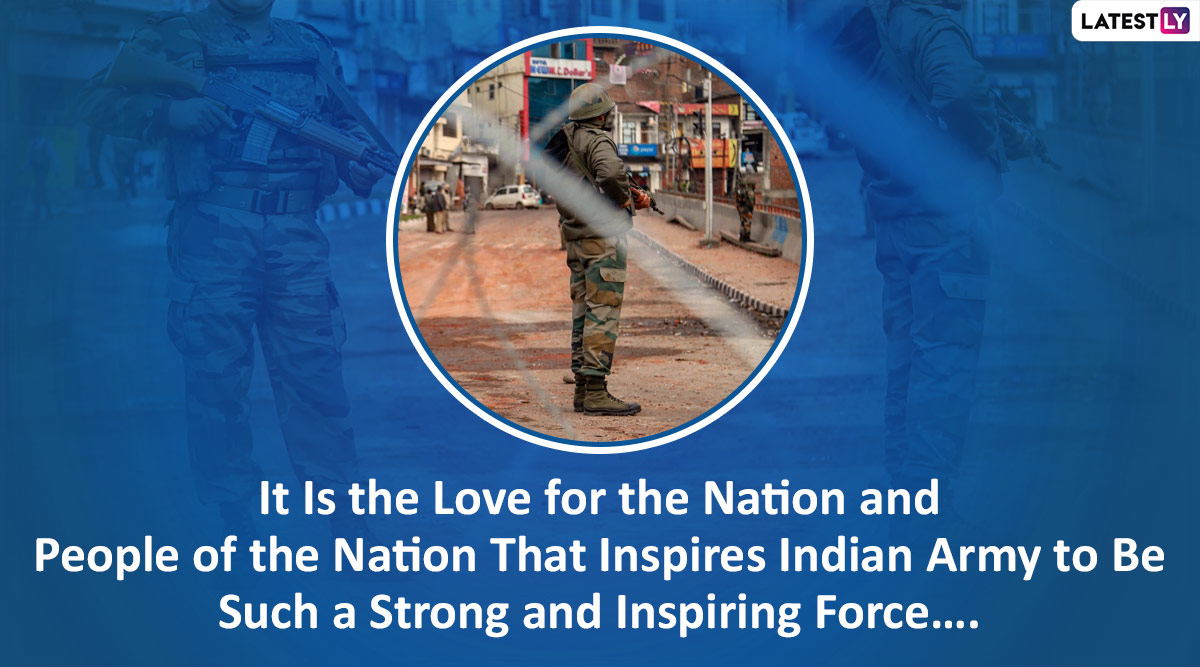 WhatsApp Message Reads: It Is the Love for the Nation and People of the Nation That Inspires Indian Army to Be Such a Strong and Inspiring Force.

The Army day recognizes the contribution of the Indian soldiers by honouring them with bravery awards, including Vishist Seva medals, Sena Medals and unit credentials.  According to the Global Fire Power Index 2017, India's army is considered the world's fourth strongest army. The Indian Army also organises painting, photography, video making, and slogan writing competition on the occasion of Army Day. The best entries are then featured on the Indian Army Facebook Page and are awarded prize money.

(The above story first appeared on LatestLY on Jan 13, 2020 05:50 PM IST. For more news and updates on politics, world, sports, entertainment and lifestyle, log on to our website latestly.com).