The sale of meat and liquor at supermarkets will also be prohibited during those two days. 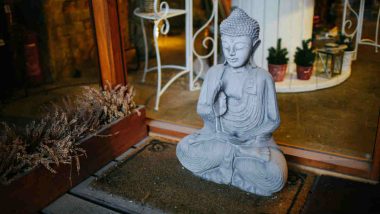 Sri Lanka has banned the sale of meat and liquor on Thursday for the upcoming Vesak celebrations. Vesak commonly known as Buddha Purnima in India is believed to be the birthday of Lord Gautam Buddha, the founder of Buddhism. With the majority of the population being followers of Buddhism who refrain from consuming killing animals or violence activities, the country decided to keep all their liquor shops, slaughterhouses, casinos, betting centres and clubs closed on April 29 and 30.

The sale of meat and liquor at supermarkets will also be prohibited during those two days. These bans are generally implemented during Buddhist holidays in the country. However, the ban on meat sales at supermarkets has been implemented for the first time. The developments come after Buddhist leaders complained that May Day festivities clash with Vesak celebrations.

The Labour Day celebrations have been delayed by a week. It is the first time, the May 1st observance have been shifted in the country since the celebrations began in 1956. Vesak is also celebrated in countries like Sri Lanka, Vietnam, Nepal, Korea, Indonesia, Laos and Malaysia.

As per the Vedic literature, Lord Buddha is an incarnation of Lord Krishna who came to Earth some 2500 years ago. By celebrating this day, devotees commemorate the birth, enlightenment and the passing away of Gautama Buddha.

In Buddhist shrines, teachings on non-violence and compassion are held. Devotees also chant mantras, meditate and read Buddhist scriptures on this day. People also offer fruits and sweets to the deities of Lord Buddha, light lamps and incense sticks in front of the idol.

(The above story first appeared on LatestLY on Apr 27, 2018 05:05 PM IST. For more news and updates on politics, world, sports, entertainment and lifestyle, log on to our website latestly.com).