Happy Birthday, America! The Fourth of July is one of America’s most prominent holidays, with today’s celebrations including fireworks and parades across the USA. The occasion is commemorated as USA independence day, a national holiday in the country. 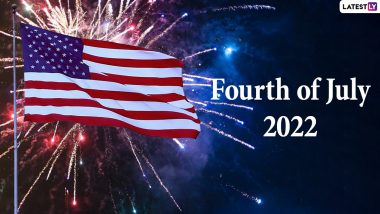 The Fourth of July is celebrated as a federal holiday in the United States to commemorate the passage of the Declaration of Independence by the Continental Congress on July 4, 1776. The occasion's history goes back to the second year of the American Revolutionary War. In 1776 July, representatives from thirteen distinct North American colonies of the kingdom of Great Britain voted to declare themselves independent from the crown. The result was the formation of the United States of America. On July 4 1776, the Declaration of Independence was signed two days after the revolutionary vote. The biggest holiday of the national is observed with fireworks, parades, picnics, concerts, barbeques, baseball games, political speeches, carnivals, and family get-togethers. Fourth of July 2022 Fireworks Live Streaming Online: Here's Where to See or Live Stream 4th of July Firework Celebrations Across The United States.

In addition to these functions, various other ceremonies and programmes are organised at personal and governmental levels to celebrate the traditions of the United States. Several years would pass until the Fourth of July celebrations became more common. Thomas Jefferson first wrote the Declaration of Independence, and later, changes were made by Benjamin Franklin and John Adams. It is one of essential documents in the history of the United States. To mark the National holiday, we have also curated warm greetings, HD wallpapers, quotes, messages, SMS, WhatsApp status, sayings and thoughts below. Fourth of July 2020 Food & Celebrations: Cook Carolina-Style Barbecue Chicken Recipe at Home This US Independence Day (Watch Video). 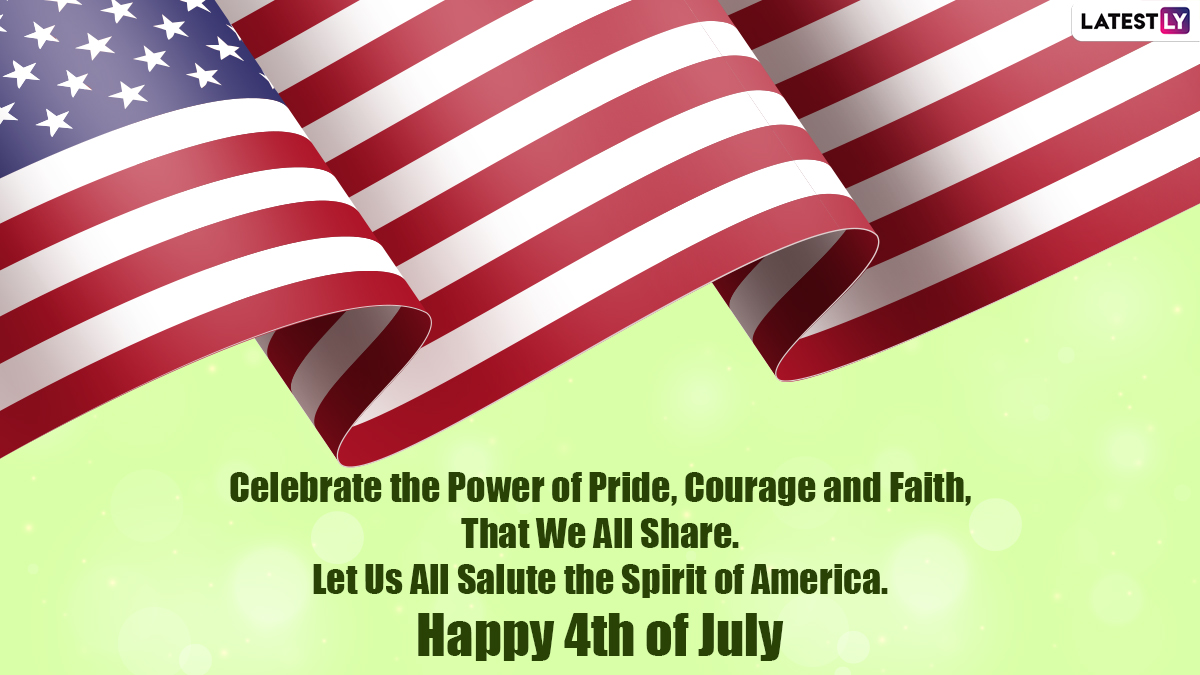 HD Image Reads: Celebrate the Power of Pride, Courage and Faith, That We All Share. Let Us All Salute the Spirit of America. Happy Fourth of July 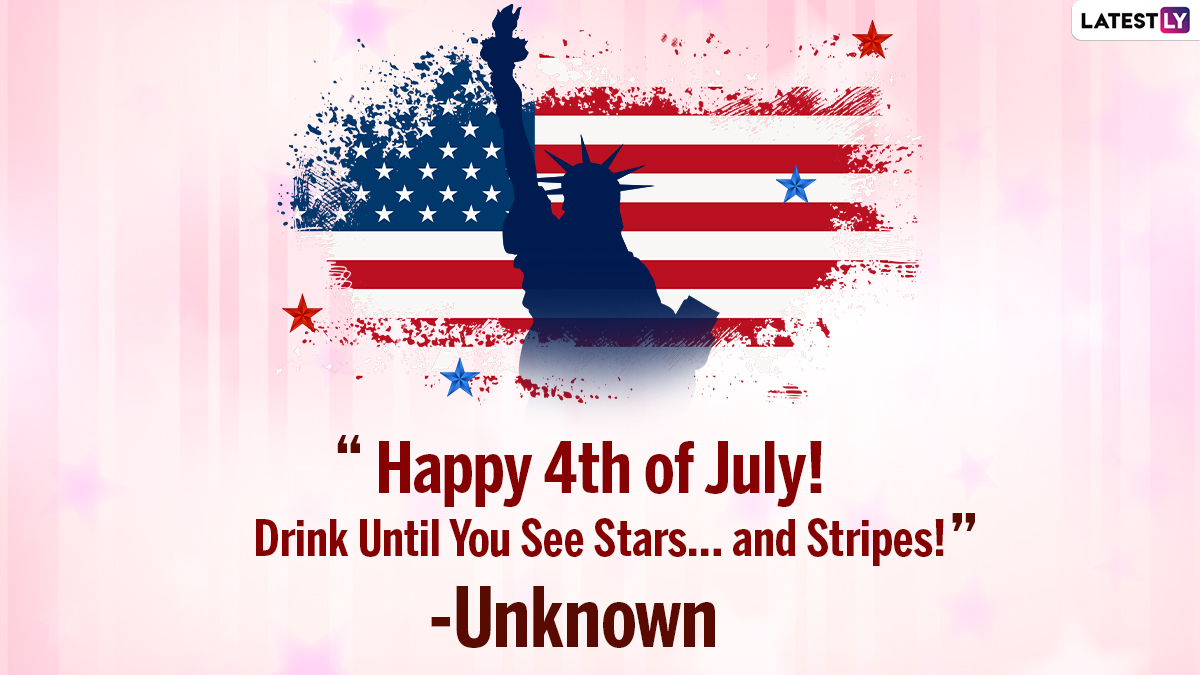 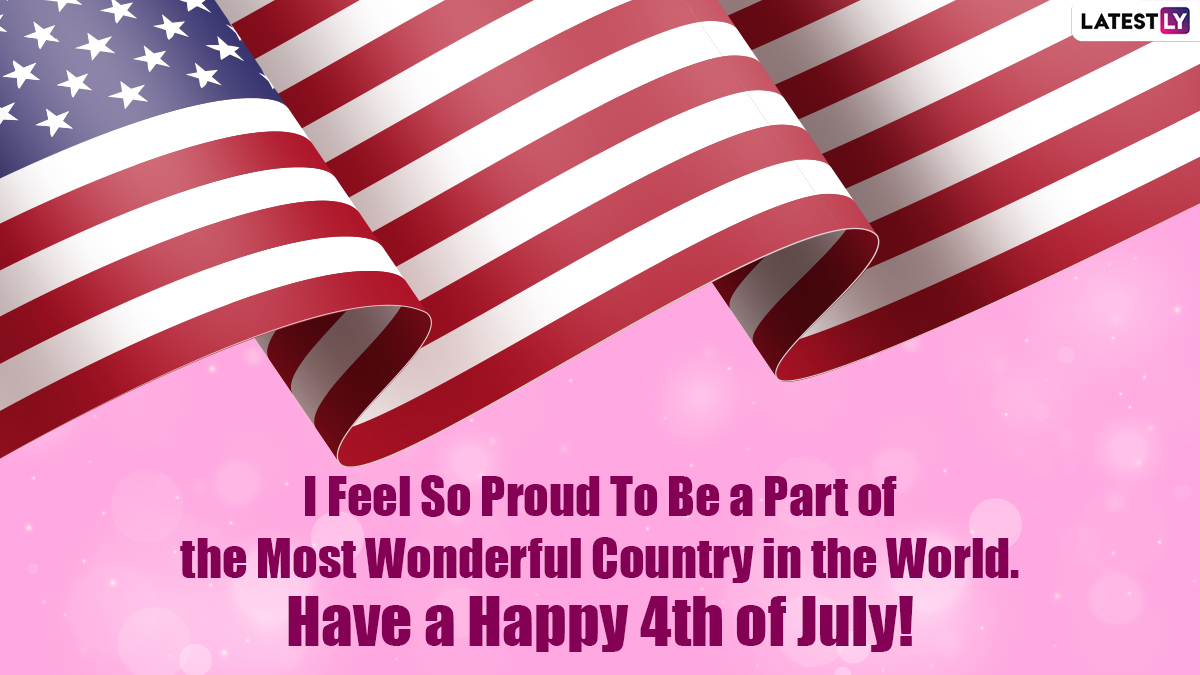 Wallpaper Reads: I Feel So Proud To Be a Part of The Most Wonderful Country in the World. Have a Happy  4th of July! 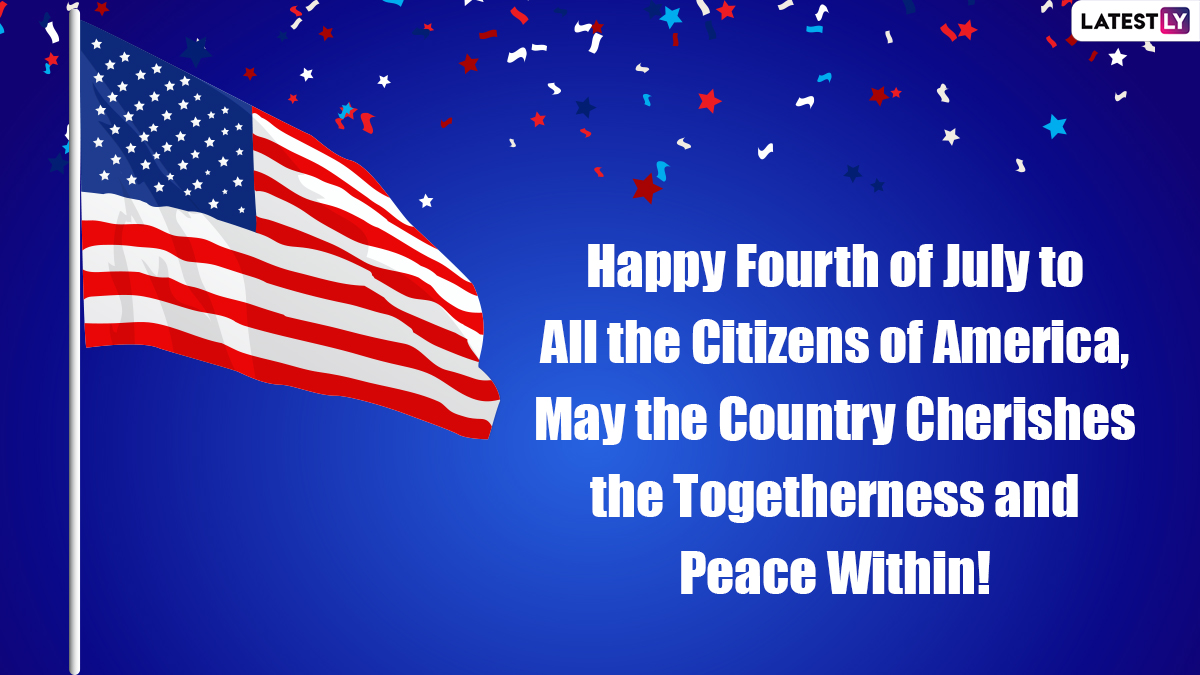 Message Reads: Happy Fourth of July to All the Citizens of America. May the Country Cherish the Togetherness and Peace Within. 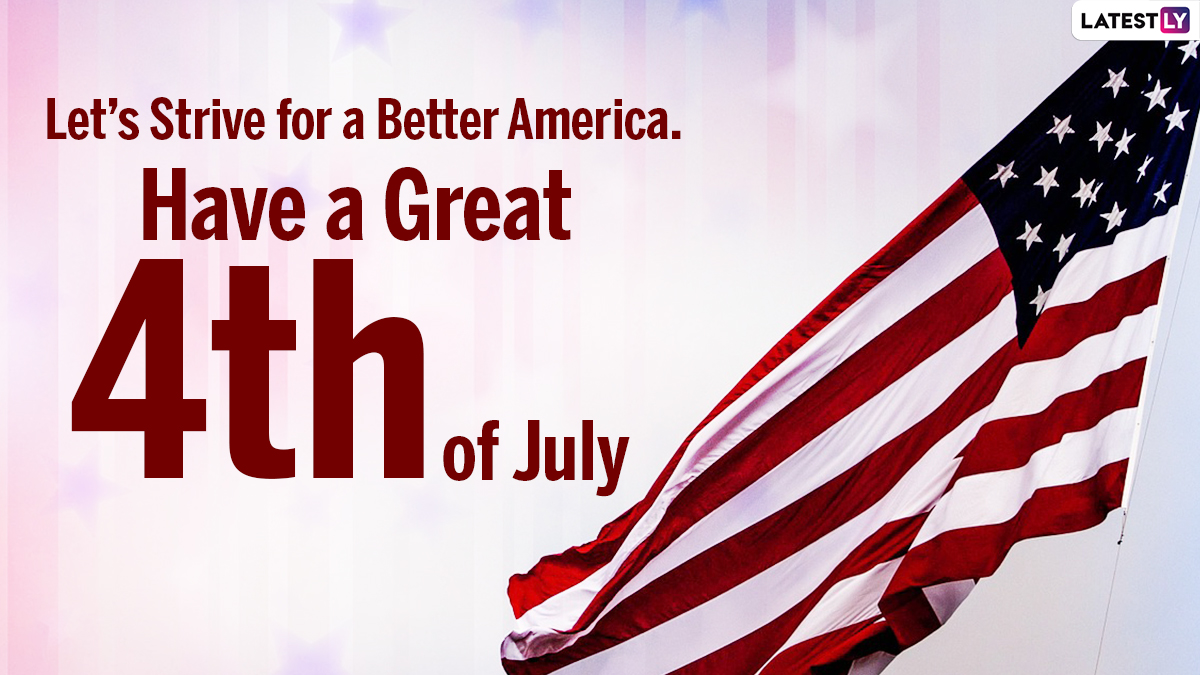 Image Reads: Let's Strive for a Better America. Have a Great 4th of July.

US Independence Day is observed with many public events to praise the country's values, heritage, history, society and people. Families often decorate their homes with streamers, balloons and clothing in the theme of American Flags. Share these quotes and festive messages with your loved ones to make them know the fundamental importance of celebrating the 4th of July.

(The above story first appeared on LatestLY on Jul 01, 2022 02:05 PM IST. For more news and updates on politics, world, sports, entertainment and lifestyle, log on to our website latestly.com).