Happy Holi 2019: Indian TV Ads That Capture the Spirit of the Festival of Colours 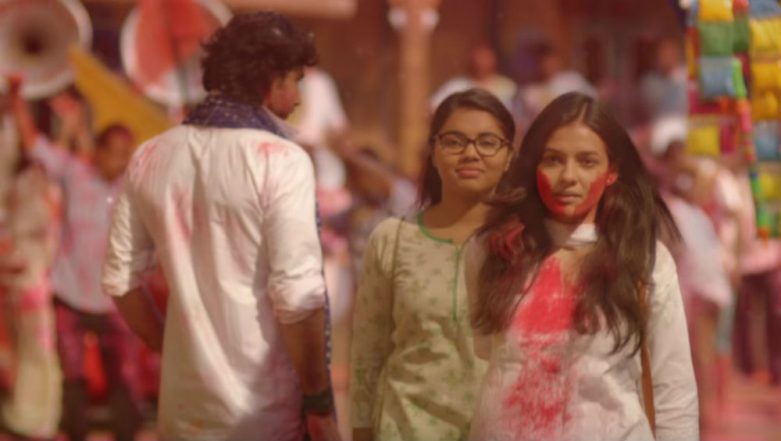 Holi 2019 is here and people across India, especially the kids, are captivated in the festival of colours. And why not? The yearly festival is one of the most awaited time of the year as kids get to throw caution to the wind and enjoy themselves with water balloons and colours. The festival also marks the onset of summer and the much awaited summer vacations is just a few weeks away for the school kids. Holi 2019: How to Throw a Perfect Holi Party; 7 Tips to Keep in Mind.

Holi stands out from other festivals because unlike the other festivals which focus on rituals and a somewhat conventional method of celebrating them, the festival of colours allows one to enjoy the festival to their heart's content and savour delicacies after playing all day long. . Happy Holi 2019 Wishes in Advance.

Watch the Video on Holi Messages Below:

The festival has been an important part of the Indian culture and has a special place in the psyche of Indians. So it is only natural that people in the creative fields and the world of advertisement will be attracted to the festival to grab the attention of the audiences. Holi 2019 Dates & How to Watch Barsana, Mathura & Vrindavan Celebration Live Online: Free Video Live Streaming of Mathura Brij Holi from Uttar Pradesh.

Over the years, there have been some memorable TV ads focussed on Holi. Below are few of those ads.

1. Surf Excel #RangLaayeSang | This Holi, Let Colours Bring us Together!

The above ad is the latest from Surf Excel before Holi 2019. The ad aims to promote communal harmony and features children enjoying holi to the hilt as a girl takes all the balloons to help his friend get to the masjid to offer prayers, but not before telling him, "Baad mein rang padega". The boy, dressed in all white, replies with a smile.

Holi is to enjoy and have fun, but that does not mean one taking advantage of the situation. A few people take the line "Bura naa mano Holi hai" a bit too  seriously and cross the line of decency. This ad shows them how to put such people in their place, in case they try to get too colourful for the good of others.

What's Holi celebrations without kids and their pranks? This ad, belonging to Alpenliebe, a filled candy which was a rage among, as they say, the 90s and 2000s kids, brings back the old memories along with pleasant recollections of our celebrations.

This ad, which may seem like a weird combination of Alfred Hitchcock's aesthetics meeting the antics of David Dhawan, is nonetheless the brilliant.  The ad manages to bring to screen the fear every person has to doesn't wish to play on the day, and the connivance that his/her friends will undertake to ensure their put colours on his. One of the many ads that manages to make emotional connect with the audience.

Holika Dahan this year was observed on March 20 and the Rangwali Holi will be celebrated on March 21. The countdown is over; children and elders are all giving their final touch for the main festivity. Hope you liked our choice of ads. We wish our readers a safe and amazing Holi.