Do you know? On August 15, India is not the lone country to celebrate Independence Day, five other countries- Bahrain, South Korea, North Korea, Congo, and Liechtenstein- also celebrate on this day. 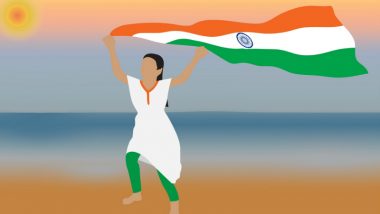 Independence Day of India is annually celebrated on August 15 as it marks the nation's independence from the United Kingdom. On this day, India got freedom from British Raj. On August 15, 1947, first prime minister of independent India Jawaharlal Nehru unfurled the Indian national flag at the Red fort in Delhi. Regardless of any religion, caste, race, and creed, Independence Day is celebrated with several social and cultural events. Indian Independence Day 2019 Dance Performance Ideas for School Functions: Learn Easy Dance Steps on Patriotic Songs for 15th August Celebrations (Watch Videos).

But do you know? On August 15, India is not the lone country to celebrate Independence Day, five other countries- Bahrain, South Korea, North Korea, Congo, and Liechtenstein- also celebrate on this day. Independence Day 2019 Bay Decoration Ideas For Office: Rangoli to Balloons, 5 Ways to Decorate Your Workplace on 15th August.

Situated in the middle east, Bahrain declared its independence on 15 August 1971 from the British after the United Nations survey of the Bahraini population. Before Britisher's protectorate, the Kingdom of Bahrain was ruled by various entities including the Arabs and Portugal.

Officially known as the Democratic People's Republic of Korea, North Korea on August 15, 1945, gained independence from Japan. Korean Peninsula, comprising of both the Koreas—South and North, was occupied by Japan during the Russo-Japanese War.

Known for its green, hilly countryside, the Korean Peninsula was liberated in 1945 from 35 years of Japanese colonisation. The independent Korean governments were established on 15 August 1948. This national holiday is known as Gwangbokjeol which means ‘the day the light returned’.

The Independence day of one of the smallest nation falls on this day. Liechtenstein was freed from the German rule in 1866. Celebrations of Liechtenstein day include a Catholic mass followed by distribution of free sandwiches and drinks at the prince's castle. Citizens also get a chance to interact with the royal family.

The Republic of the Congo, also known as Congo-Brazzaville, received full independence from France on 15 August 1960. Exactly after 80 years it came under French sovereignty. Under the French Rule, the county was known as the French Congo and Middle Congo in 1903.

(The above story first appeared on LatestLY on Aug 11, 2019 04:58 PM IST. For more news and updates on politics, world, sports, entertainment and lifestyle, log on to our website latestly.com).