International Francophonie Day 2020 Date: History and Significance of the Day to Promote French Language and Culture

France has had a huge impact on the way modern culture is shaped, and no matter where the Francophiles are, they celebrate the day with the same vigour and joy. 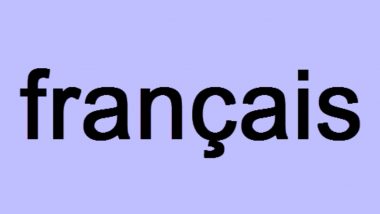 International Francophonie Day is celebrated within the 77 members of the International Organisation of La Francophonie on March 20 every year to promote French language and culture. French is one of the leading languages of the world, and it merits a day of commemoration. UNESCO has been an active party in the Francophile Day celebrations since French being its two working language and one of its six official languages. Since the French culture has been a key proponent of democracy and freedom of speech, the IOF and UNESCO believe it is part of their common vision. UN French Language Day 2020: Date, History and Significance of the Day Celebrating Multilingualism.

It is believed that there are 274 million active French speakers in the world, referred to as the Francophones. Spread across continents, the International Francophile Day unites them in a way. The history behind these celebrations has a reference to March 20, the day on which the Agency of Cultural and Technical Cooperation was established in Niamey, Niger. The International Organization of La Francophonie eventually rose from its parent body, the ACTC. The Niamey Convention played the first and most decisive role in grouping together of the French-speaking states.

The main events that happen to commemorate the Francophile Day usually involve fil festivals, poetry contests, exhibitions and literary encounters. In addition to the promotion of the French language, these events help support education and foster co-operation in favour of development. Since the IOF member countries have close to 60% of their population under 35 years of age, active participation in these events helps inculcate French values in them.

France has had a huge impact on the way modern culture is shaped, and no matter where the Francophiles are, they celebrate the day with the same vigour and joy.

(The above story first appeared on LatestLY on Mar 20, 2020 02:20 PM IST. For more news and updates on politics, world, sports, entertainment and lifestyle, log on to our website latestly.com).