Maha Shivratri 2020: Lord Shiva Bhajans And Shiv Tandav Stotram to Listen to And Share on The Auspicious Festival of Shankar Bhagwan 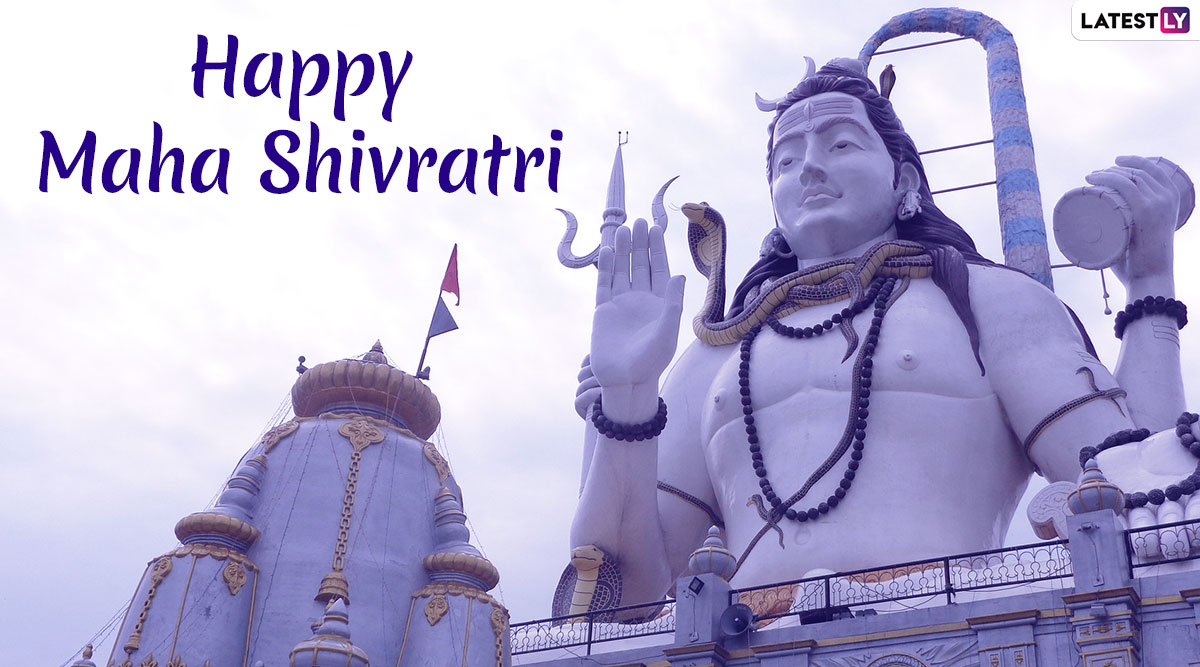 There are special Shiv bhajans which are played to commemorate the consummation of their sacred marriage. Devotees dance to the melodious tunes of Shiv Bhajans in honour of Lord Shiva and Goddess Parvati’s wedding. Mahashivratri 2020 Date: Know Puja Vidhi, Maha Shivratri Shubh Muhurat, Significance and Legends Associated With the Festival of Lord Shiva.

Another story that goes behind in celebrations of Mahashivratri is that Lord Shiva consumed the pot of poison that emerged during the time of Samudra Manthan, and lodged it in his throat, thus, saving the mankind on the planet earth. Hence, he turned into blue. There are joyous Shiv Bhajans played on this occasion, where devotees shake their leg in honour of Lord Shiva’s selfless act. We at LatestLY bring you the best and most popular melodious Shiv Bhajans which you can tune into on this festive day of Mahashivratri 2020.

Mahashivratri is one of the most significant festivals in Hindu culture. People observe the festival by reciting prayers, offering special mantras, and observing fast too. There are late-night celebrations and Shiv Bhajans are played all night long in several areas. People visit Shiv temples and offer milk and other religious stuff to Shivalinga.

As February 21 nears, we at LatestLY, wish you all a very joyous and Happy Maha Shivratri 2020!