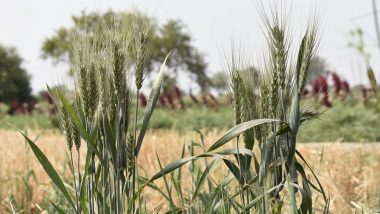 Every year, 1st of July is celebrated as the Krishi Din, also known as Agriculture Day, in Maharashtra. Krishi din is celebrated to remember the father of Green Revolution of Maharashtra, Vasantrao Phulsing Naik, the former Chief Minister of the state. Notably, this day is also the birth anniversary of Vasantrao Naik. Till date, he remains the longest-serving CM of Maharashtra (1963-1975). Farmer-Friendly Budget Announced Major Provisions for Water and Irrigation.

As a part of an agrarian country, Maharashtra is one of the major cultivating states. For many products, the country depends on the state. However, the farmers have been suffering for last few years. Lack of monsoon and growing inflation have made cultivators the victims. Hence, Kirishi Day is one such platform to find solutions to these underlying problems. Why India Needs Artificial Intelligence to Work for Agriculture, Healthcare and Education.

On Maharashtra Agriculture Day, several functions are held to honour the farmers for their contribution to society. Many recognition and awards are given to them. Meanwhile, in recent years, the major aim of this day is to find solution for drought and other problems and make Maharashtra a green state.

(The above story first appeared on LatestLY on Jul 01, 2019 07:00 AM IST. For more news and updates on politics, world, sports, entertainment and lifestyle, log on to our website latestly.com).