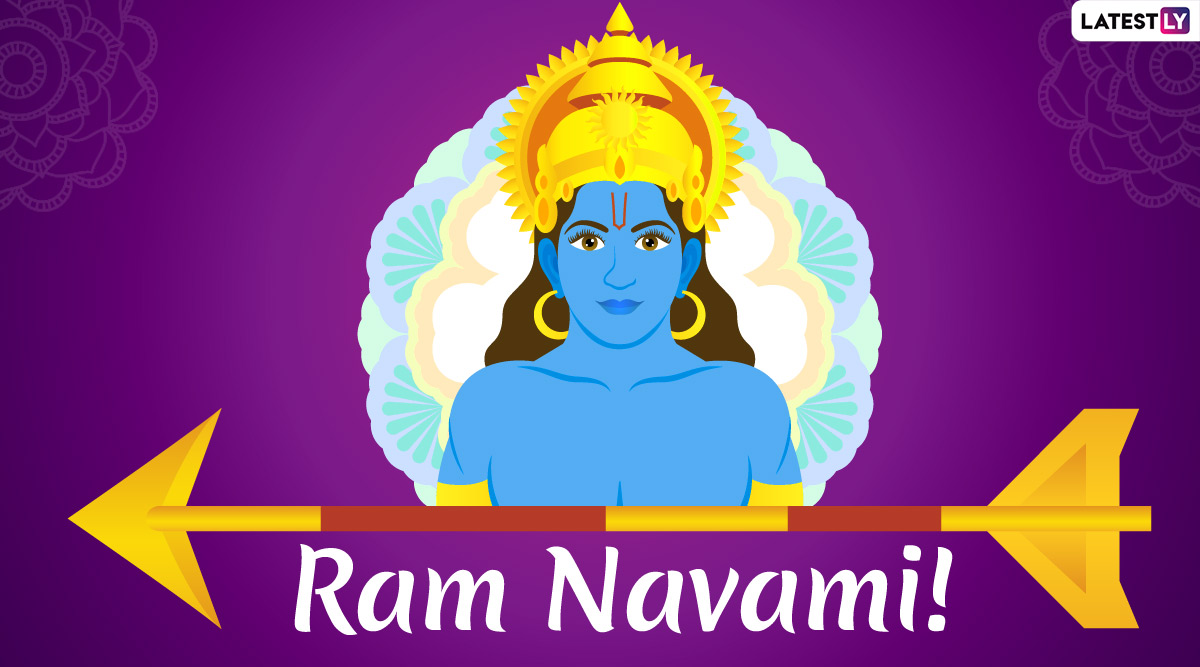 The festival of Ram Navami is observed on the last day of Chaitra Navratri. It can also be said that the spring festival on the 9th day of Shukla Paksha in the month of Chaitra, as per the Hindu Samvat calendar.

It is usually observed in March, April as per the Gregorian calendar. Speaking about the date, Ram Navami 2020 will be celebrated on April 2, which will fall on Thursday this time around. As per Drinkpanchang, the Navami 2020 tithi will begin at 3:40 am on April 2 and end the next day at 2:43 am. The Rama Navami Madhyahna moment is at 12:38 pm on April 2.  Interesting Facts About About Hindu Deity 'Ayodhya King' Lord Rama.

Ram Navami is a grand Hindu festival celebrated in honour of Lord Rama’s birthday. It is said that the kingdom of Ayodhya was devastated as there was no heir apparent to the throne. One afternoon in the month of Chaitra, King Dashratha and his queen Kaushalya was blessed with a son, who was named Rama. Also, there three other births that took place to the other two more queens (Sumitra and Kaikeyi) of the King, who were named Laxmana, Bharata, and Shatrughan.

The day Lord Rama was born was the 9th day of Chaitra, and hence the name Ram Navami. The festival is all about the life of Lord Rama. It is said that Lord Vishnu took birth as Rama, as the reason behind it was to free the world of all the demon and demonic powers, which he eventually did. Bhadrachalam Temple in Telangana, Ramchaura Mandir in Bihar and Other Famous Temples in India Dedicated to Lord Ram That You Must Visit Once in a Lifetime.

Also, Lord Rama is considered to be an ‘idol’ for all, and every living being should look up to him and his qualities, as per ancient Hindu scriptures. The festival of Ram Navami is highly essential for the people of the Hindu community as it holds a lot of cultural and historical significance.

The festival of Ram Navami is celebrated in a grandeur manner across India. There are ‘Ram Leelas’ (stage shows depicting the life of Lord Ram) being staged across the country. Rama stories are being recited in different temples. People participate in public programmes where ‘bhajans’ and ‘kirtans’ are sung with great enthusiasm.

People worship the idols and photos of the deity and offer flowers and different types of prasad. People buy new items to decorate their house. A lot of devotees observe strict fasting on this auspicious day. There are grand celebrations that take place at Ayodhya, in Uttar Pradesh. However, this year, all public gatherings inside the popular Lord Rama temples are banned because of the novel coronavirus that has infected more than a thousand people nationwide. In a bid to contain the spread, the government declared a nationwide lockdown until April 14, 2020. However, devotees can continue observing the auspicious festival at their homes.

As April 2 nears, we at LatestLY wish you all a very ‘Happy Ram Navami 2020’ and hope you celebrate Lord Rama’s birthday on a grand note.