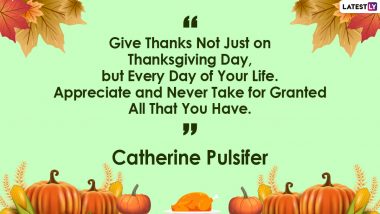 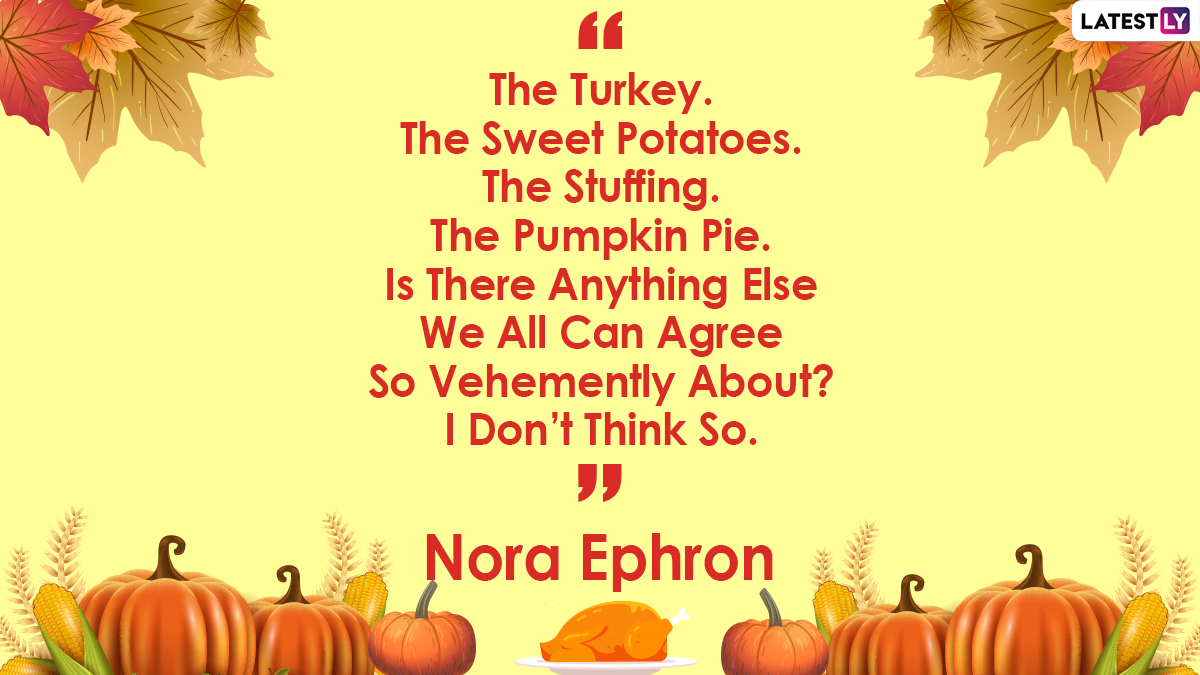 Quote Reads: “The Turkey. The Sweet Potatoes. The Stuffing. The Pumpkin Pie. Is There Anything Else We All Can Agree So Vehemently About? I Don’t Think So.” Nora Ephron 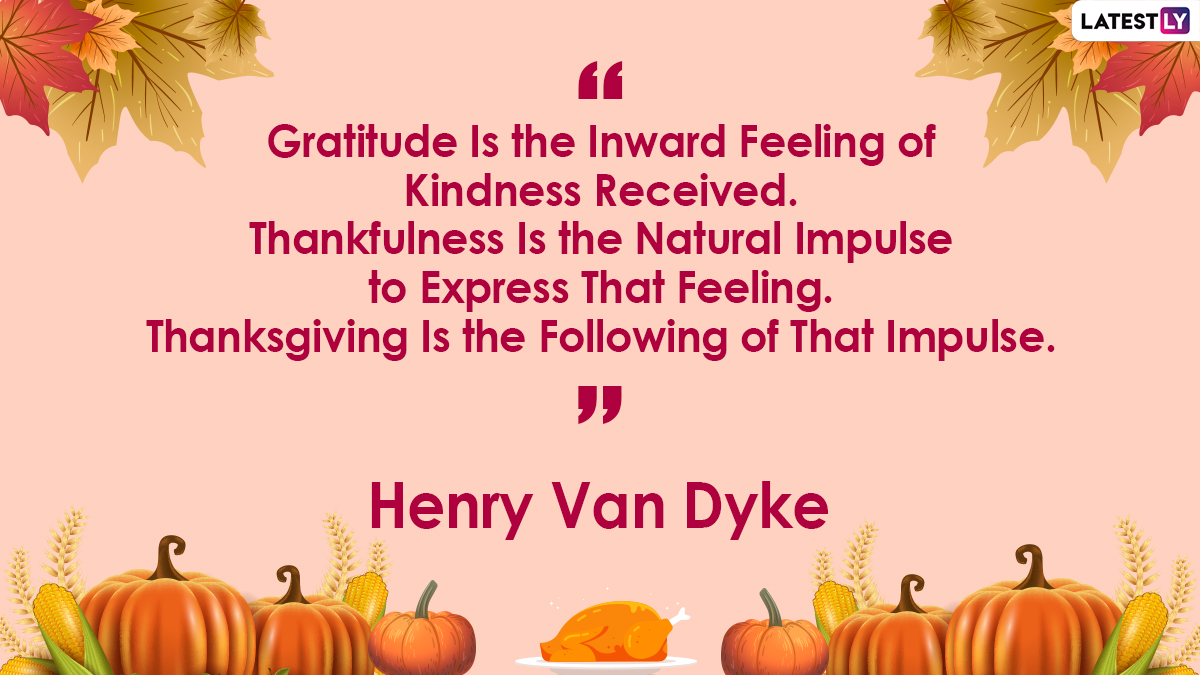 Quote Reads: “Gratitude Is the Inward Feeling of Kindness Received. Thankfulness Is the Natural Impulse to Express That Feeling. Thanksgiving Is the Following of That Impulse.” – Henry Van Dyke 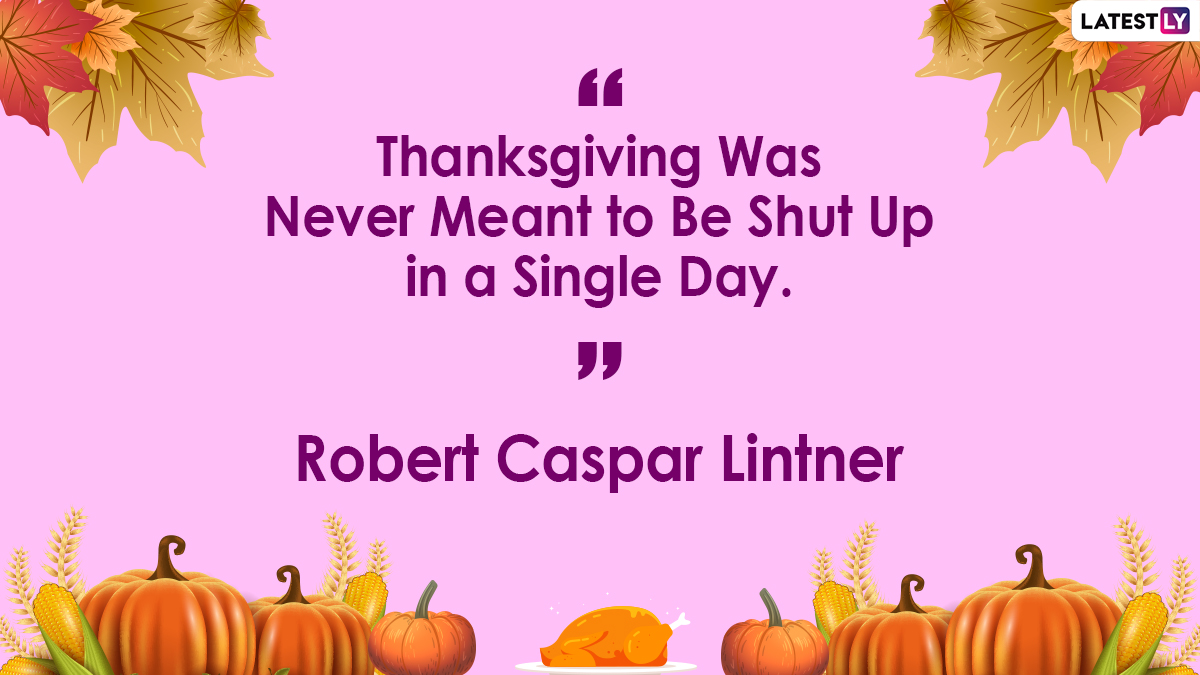 Quote Reads: “Thanksgiving Was Never Meant to Be Shut Up in a Single Day.”Robert Caspar Lintner 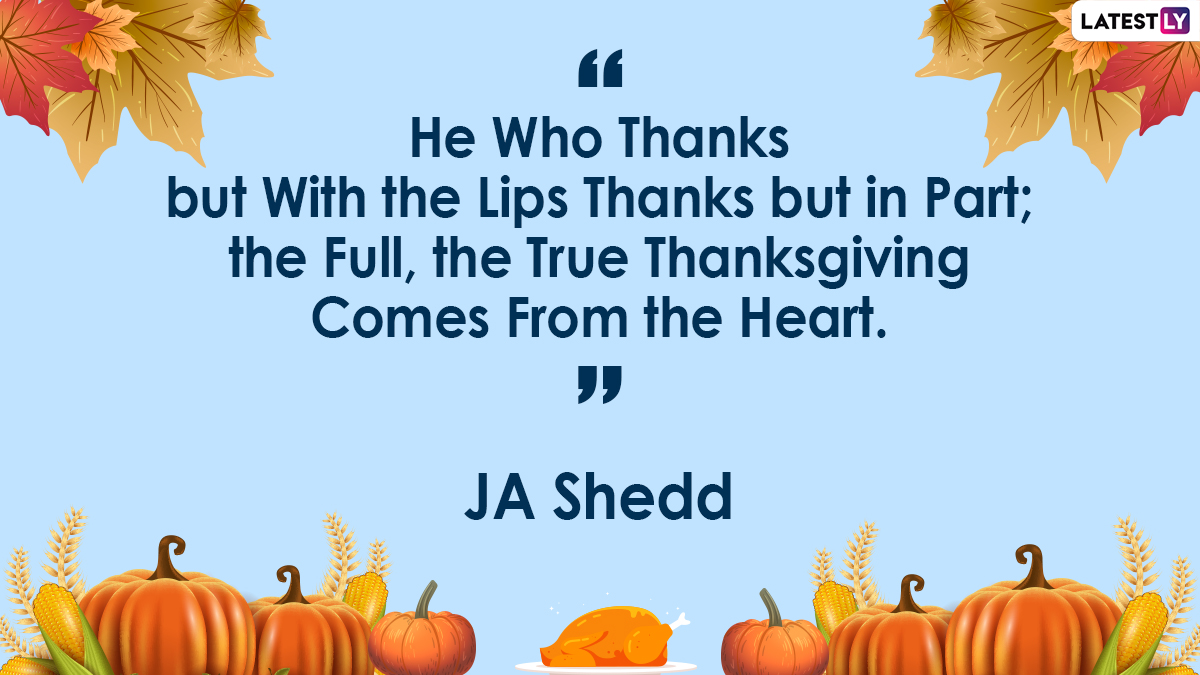 Quote Reads: “He Who Thanks but With the Lips Thanks but in Part; the Full, the True Thanksgiving Comes From the Heart.” – JA Shedd 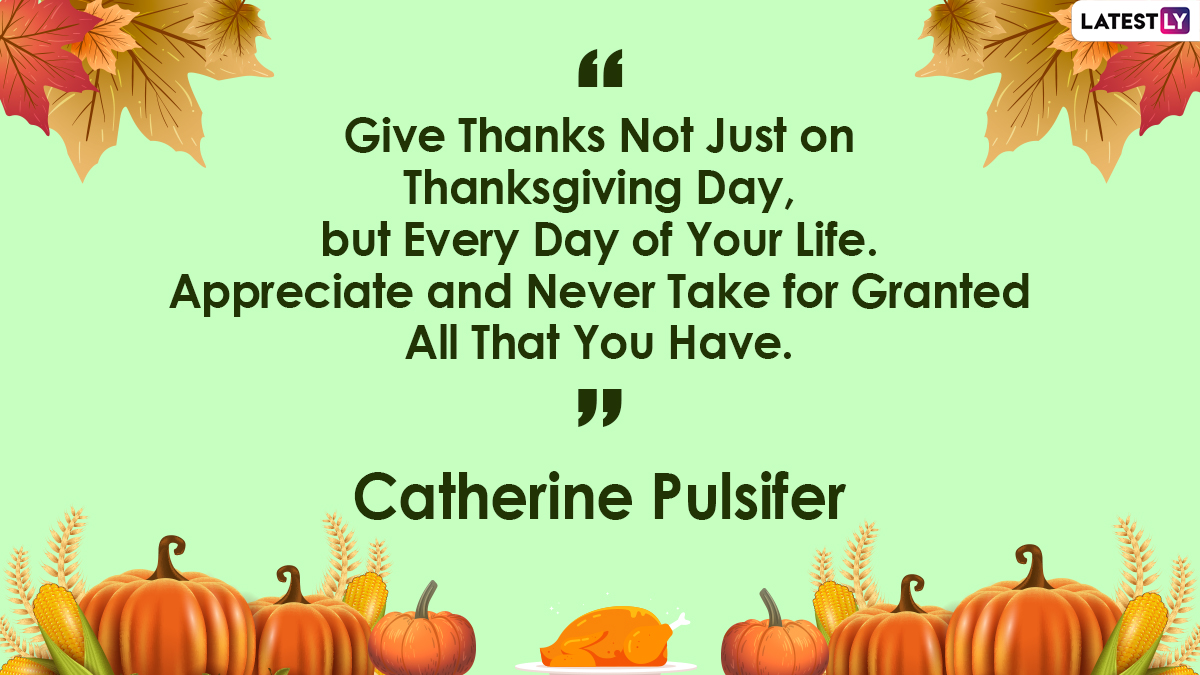 Quote Reads: “Give Thanks Not Just on Thanksgiving Day, but Every Day of Your Life. Appreciate and Never Take for Granted All That You Have.” – Catherine Pulsifer

The first Thanksgiving was celebrated in 1621 with 50 Pilgrims, 90 Wampanoag Indians. It lasted three days and historians believe that only five women were present. Abraham Lincoln proclaimed Thanksgiving a national holiday on October 3, 1863. John F. Kennedy was the first to let a Thanksgiving turkey go, followed by Richard Nixon who sent his turkey to a petting zoo. George H.W. Bush is the president who formalised the turkey pardoning tradition in 1989. Share these quotes on Thanksgiving and spread happiness.

(The above story first appeared on LatestLY on Nov 25, 2020 11:00 AM IST. For more news and updates on politics, world, sports, entertainment and lifestyle, log on to our website latestly.com).