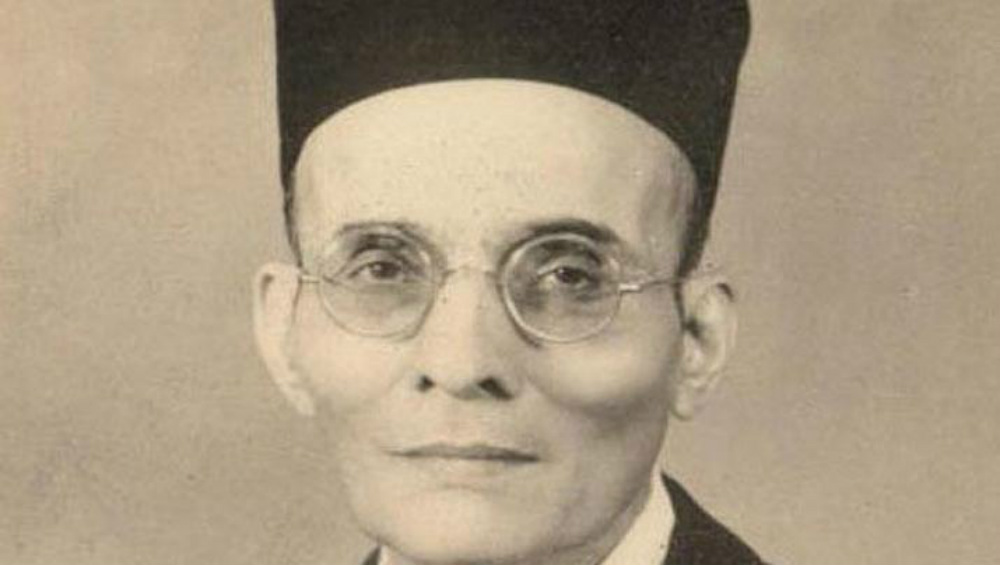 Vinayak Damodar Savarkar, popularly knows as Veer Savarkar, was remembered on his 54th death anniversary on Tuesday. Born on May 28, 1883, the revolutionary leader was the president of Hindu Mahasabha from 1937 till 1943. He popularised the term "Hindutva" which was coined by Chandranath Basu. The Hindutva ideologue was also involved in the political murder of three British officials.  Revisiting The Life of Veer Savarkar.

Savarkar was charge-sheeted in assassination of Mahatma Gandhi, but later was acquitted as there was no evidence against him. His revolutionary activities against Brish brought him a lot of jail time. He used that time by improving upon his idea of Hinduism. On his death anniversary, here are some lesser known facts about the revolutionary leader.

Today is the 136th birth anniversary of Savarkar. He has had a chequered reputation in Indian nationalistic history. Whether or not he really deserved the honorific title of “Veer” (brave) is still debated among historians and secularists. But the cult of Vinayak Savarkar thrives to this day, which inspired many nationalists who are followers of his revolutionary fervour.