World Bipolar Day 2020: Date and Significance of the Day to Spread Awareness on Manic-Depressive Illness 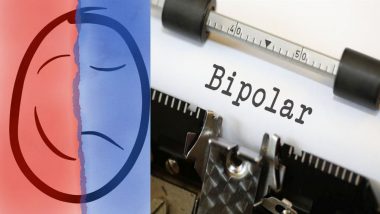 World Bipolar Day is celebrated on March 30th every year. World Bipolar Day 2020 falls on Monday. March 30 happen to be the birthday of Vincent Van Gogh who was posthumously diagnosed having bipolar disorder. It is a collective initiative led by the International Bipolar Foundation(IBPF), the Asian Network of Bipolar Disorder(ANBD) and the International Society of Bipolar Disorders( ISBD). It is a day to connect, outreach and come together to raise awareness about bipolar disorder.

Bipolar disorder is a mental dysfunction that leads to extreme mood swings, energy, and the capacity to complete daily chores. Also known as manic depression, the disorder has severe symptoms, different from usual ups and downs. Bipolar Disorder: Types, Causes, Symptoms and Treatment of Manic Depression.

According to estimations, it is estimated that the global prevalence of the bipolar disorder is between one and two percent and can be as high as five percent, according to ti the World Health Organisation. The report states that the sixth leading cause of disability in the world.

Manic depression is the mental illness that possesses a significant challenge to the patients, family members and healthcare workers. While the awareness about the illness is growing, unfortunately, the stigma associated with bipolar disorder is a barrier and continue to impede early diagnosis and treatment.

Organisations like IBPF, ANBD, and ISBD are making efforts to investigate physiological causes, better-diagnosing methods and the genetic elements of the illness.

(The above story first appeared on LatestLY on Mar 30, 2020 07:40 AM IST. For more news and updates on politics, world, sports, entertainment and lifestyle, log on to our website latestly.com).