What is Bipolar Disorder? What Are its Symptoms? Is There Any Cure? Here’s Everything You Should Know About Manic Depression 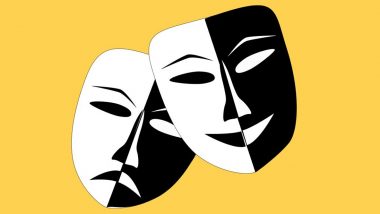 Bipolar disorder, formerly called manic-depressive illness or manic depression is a mental disorder that causes unusual shifts in mood, energy, activity levels, concentration and the ability to continue with everyday tasks. People who are living with the disorder have a tough time sailing through it. Although the bipolar disorder has no cure, with ongoing treatment and self-management, people with the disease can maintain a stable mood for extended periods. While the awareness about the illness is growing, unfortunately, there is still a lot of things that are not known. So, what is bipolar disorder? What are the symptoms and signs? In this article, we bring you all the significant things you should know about manic depression.

What is Bipolar Disorder?

Bipolar disorder is a mental disorder that causes unusual shifts in mood, energy, activity levels, concentration and the ability to carry out everyday tasks. It can cause severe disruption to a person’s life; however, the impact varies among individuals. There are three types of bipolar disorder—Bipolar I Disorder, Bipolar II Disorder and Cyclothymic Disorder, also called Cyclothymia. All three types involve clear changes in mood, energy and activity levels.

What are the Symptoms of Bipolar Disorder?

The US National Institute of Mental Health describes the main symptoms of bipolar disorder as alternating episodes of high and low mood. Symptoms include changes in energy levels, sleep patterns, ability to focus, and other features can dramatically impact a person’s behaviour, work, relationships and other aspects of life. Some people experience mood changes in their regular life, but those related to bipolar disorder are more intense than regular mood changes, and other symptoms can also occur. Those with the disease can even experience psychosis, which can include delusions, hallucinations and paranoia. There is also an association between bipolar disorder and an increased risk of self-harm and suicide. How to Handle the Highs and Lows of Someone with Bipolar Disorder.

Is There Any Cure for Bipolar Disorder?

Bipolar disorder is not curable. However, there are many treatments and strategies that a person can use to manage their symptoms. People with the condition can experience long periods during which they are free of symptoms. Everyone has a different experience of the condition and its treatment. It is proper diagnosis and treatment that can help people with bipolar disorder lead healthy and active lives.

There are many celebrities who have reportedly admitted to suffering through bipolar disorder. Some of them are Indian musical composer, Yo Yo Honey Singh, TV actress Shama Sikander, American singer Demi Lovato, Selena Gomez and actress Catherine Zeta-Jones. All of them battled with the condition.

If you know someone who is suffering from bipolar disorder or having similar symptoms, try and help them to stay connected with friends and family. They can play an essential role in keeping them energised. If you are not sure where to start, seek help from health professionals.

(The above story first appeared on LatestLY on Aug 02, 2020 11:07 AM IST. For more news and updates on politics, world, sports, entertainment and lifestyle, log on to our website latestly.com).