Gender Neutral Pronouns: When to Use ‘He/Him’, ‘She/Her’ or ‘They/Them/Theirs’ in Your Social Media Bio

How to address genderqueer? Is it ‘ze’ or ‘they?’ This article will guide you to non-binary pronouns and how to use them in the right way, without you accidentally offending someone. 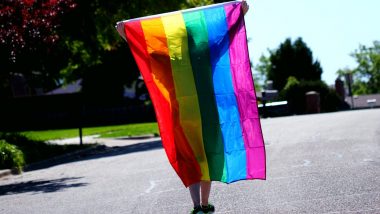 The cultural visibility of the transgender, genderqueer and gender nonconforming community has expanded the way we view gender. The general awareness about gender diversity has comparatively increased, but there is a lot we need to learn and accept. While doing so, there are some technical aspects that many people continue to struggle, among those being the use of gender-neutral pronouns. In the English language, the word ‘he’ is used to refer to males and ‘she’ to refer to females. However, there are people who identify themselves as neither, or both. So, how to address genderqueer? Is it ‘ze’ or ‘they?’ When to use 'he/him,' 'she/her,' pr 'they/them/ theirs?' This article will guide you to non-binary pronouns and how to use them in the right way, without you accidentally offending someone.

We are still accepting, learning and growing every day. A Standford University professor, this year, went viral, for his email to students asking them their preferred pronoun they would like to be addressed. A thoughtful and progressive move! Individuals these days include their preferred pronoun, on the social media profiles, irrespective of their gender identities. Even famous personalities, like US Vice-President-elect, Kamala Harris, mentioned her preferred pronoun, 'she/her' on her Twitter bio.

Here's a Screenshot of US Vice-President-Elect Kamala Harris 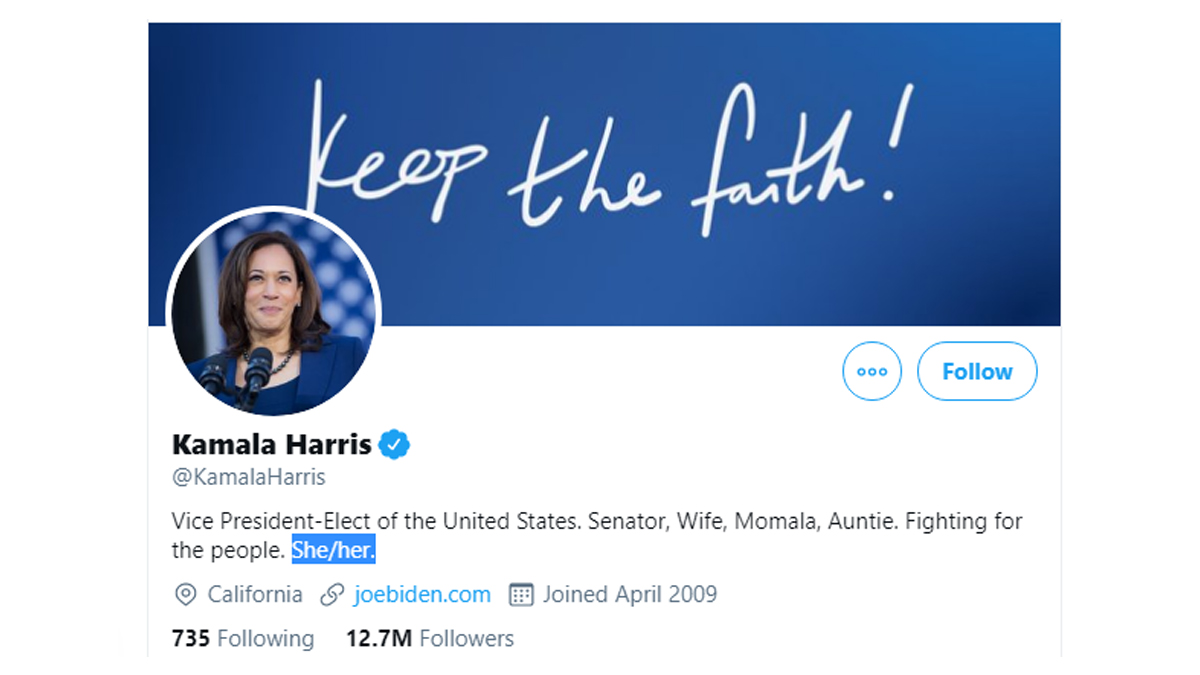 Most people—including most transgender people, are either male or female. But some don’t fit into the categories of ‘man’ or ‘woman,’ ‘male’ or ‘female.’ Some have a gender that blends the elements of being a man or a woman or a gender that is different than either male or female. Some people don’t identify with any gender; again, there are those, whose gender also changes over time, such as a gender-fluid person.

Gender-Neutral Pronouns & How to Use Them?

Apart from the above, there are more traditional gender-neutral pronouns you can introduce into your everyday conversation. These include, ‘Them,’ ‘They,’ ‘Their,’ ‘Everyone’ and ‘That Person.’ When in doubt, refer to someone by their name, instead of ‘him’ or ‘her.’ ‘They’ is one of the most common gender-neutral pronouns and it is easy to incorporate into your daily conversations. For example: ‘I talked to the customer service rep, and they helped me fix the problem.’

Instead of greeting a crowd with ‘ladies and gentlemen,’ you can use ‘gentlefolk’ or ‘Hello, everybody!’ For Ms., Mrs. and Mr., there is gender-neutral honorific ‘Mx.’ You could address a formal invitation or letter to Mx. (last name).

Using gender-neutral pronouns does not require too much effort on your part, but it could make a huge difference in society. It is okay if you make a mistake while addressing someone, as long as you make an earnest effort to correct yourself and be respectful to the person you have met.

(The above story first appeared on LatestLY on Dec 04, 2020 02:58 PM IST. For more news and updates on politics, world, sports, entertainment and lifestyle, log on to our website latestly.com).