Elliot Page Formerly Known as Ellen Page Comes Out as Transgender, Thanks His Community For Helping Him in the Journey

The actor shared the news via a social media post and while he's extremely happy to finally embrace his real identity, he's fearing the possible backlash. 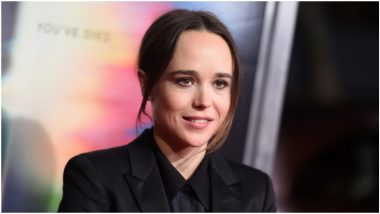 Formerly known as Ellen Page, the Juno star, now Elliot Page has come out as transgender and is proud of this very fact. The actor shared the news via a social media post and while he's extremely happy to finally embrace his real identity, he's fearing the possible backlash. The actor thanked all the supporters in the trans community for helping him on his journey to "finally love who I am enough to pursue my authentic self."

Elliot is known for his Oscar-nominated role of a pregnant teenager in 2007 release Juno. Post which he has starred with Leonardo Di Caprio in Inception, was a part of X-Men: Days of Future Past and Netflix's superhero series, The Umbrella Academy. "I love that I am trans. And I love that I am queer," wrote the Canadian-born Page in his lengthy social media post.

Page earlier came out as gay in 2014 and married dancer Emma Portner in 2018. He's a strong name associated with the LGBTQ community and has raised his voice against those who "criminalize trans health care and deny our right to exist," as well as influential public figures who use "a massive platform who continue to spew hostility towards the trans community."

(The above story first appeared on LatestLY on Dec 02, 2020 08:21 AM IST. For more news and updates on politics, world, sports, entertainment and lifestyle, log on to our website latestly.com).