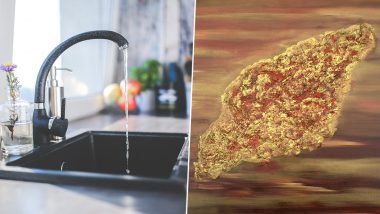 The deadly brain-eating amoeba has struck again, this time in Texas. Scientifically called Naegleria Fowleri, this rare amoeba has entered the local water supplies. Following this, authorities have issued warning to all Texas residents to not drink tap water or use it for cooking. The microbe which is also found in soil, can get up the nose and cause a fatal brain damage called the amebic meningoencephalitis. Swimming in freshwater sources can also cause this severe illness. There have been unfortunate deaths in Florida and Texas in recent times because of this brain-eating single-cell organism. Brain-Eating Amoeba Strikes Again: 10-Year-Old Texas Girl Dies After Going for a Swim in Naegleria Fowleri-Infected Waters.

People have been advised to strictly use boil water by the authorities. Texas Commission on Environmental Quality are working on a plan to disinfect the water completely. Until then they have given a checklist of things to take care off when while bathing with water. They mention of not letting water enter the nose or sniff into it even by mistake. They warn against putting head under bathing water or going for a swim. As per the Centers for Disease Control and Prevention (CDC), the symptoms of the illness include seizures, vomiting and hallucinations.

The infection of naegleria fowleri does not spread from one person to another but through drinking contaminated water. The disease which has claimed lives in recent times has resurfaced. A six-year-old boy named Josh McIntyre died after contracting the microbe in the Lake Jackson city water supply. The incident took place at the early start of the month, after the little one had played in one the fountains nearby. The little one passed away on September 8. In last month, naegleria fowleri infected a 13-year-old boy Tanner Lake Wall in Florida. He got infected after he went swimming in the water park. In July this year, another person was contracted by the same infection in Hillsborough County, Florida. Similar cases were recorded in 2018 as well. So until there is all surety about water being clean again, it is advised for people to stay away from drinking tap water.

(The above story first appeared on LatestLY on Sep 27, 2020 08:59 PM IST. For more news and updates on politics, world, sports, entertainment and lifestyle, log on to our website latestly.com).