Human-induced climate change is responsible for nearly a third or 37 per cent of heat deaths in the last three decades, according to a study led by an international team of researchers. 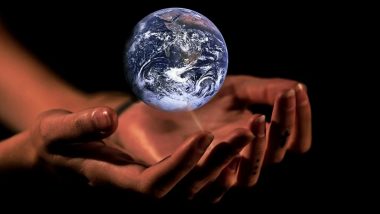 New York, June 1: Human-induced climate change is responsible for nearly a third or 37 per cent of heat deaths in the last three decades, according to a study led by an international team of researchers.

The team including from University of Bern in Switzerland, Emory University in the US looked at data from 732 places in 43 countries between 1991-2018.

The study, published in the Nature Climate Change, used information on heat deaths and temperature readings to build computer models that calculated how many deaths could be attributed to climate change. Climate Change, the Greatest Threat! NASA’s ‘Images of Change’ Series Capture Alarming and Extreme Weather Events of 2020

The study estimates that heat exposure from human-induced climate change is responsible for approximately 0.6 per cent of total warm-season deaths which would translate to more than a hundred thousand deaths per year if applied globally.

The team also demonstrated that health burdens from anthropogenic climate change are occurring, and are geographically widespread. The numbers varied depending on location, with a larger percentage of climate-change related deaths occurring in warmer countries than cooler ones.

"Our findings support the urgent need for more ambitious mitigation and adaptation strategies to minimise the public health impacts of climate change," the researchers said.

The World Health Organization estimated about 166,000 people died of heat-related deaths between 1998 and 2017. And due to climate change, more people are being exposed to heat waves than ever before, the Verge reported on Monday.

Between 2000 and 2016, the number of people exposed to heat waves increased by around 125 million," the WHO estimates.

The study also provides further evidence of the potential benefits of adopting strong mitigation policies to reduce future warming and of enacting adaptation interventions to protect populations from the adverse consequences of heat exposure.

(The above story first appeared on LatestLY on Jun 01, 2021 02:43 PM IST. For more news and updates on politics, world, sports, entertainment and lifestyle, log on to our website latestly.com).