SARS-CoV-2, the virus responsible for the Covid-19 pandemic, could increase the risk of brain degeneration as seen in Parkinson's disease, finds a study conducted on mice. 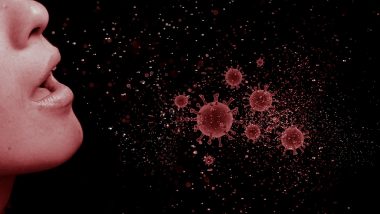 New York, May 19: SARS-CoV-2, the virus responsible for the Covid-19 pandemic, could increase the risk of brain degeneration as seen in Parkinson's disease, finds a study conducted on mice. The new research, published in the journal Movement Disorders, finds that the novel Coronavirus can make the mouse brain more susceptible to a toxin that induces nerve-cell loss seen in Parkinson's.

"Parkinson's is a rare disease that affects 2 per cent of the population above 55 years, so the increase in risk is not necessarily a cause for panic," said Richard Smeyne, Director from the Thomas Jefferson University, US. Exercise May Put Brakes on Early Parkinson’s Disease, Says Study.

"But understanding how Coronavirus impacts the brain can help us prepare for the long-term consequences of this pandemic," he added. The new findings are built on previous evidence which shows that viruses can make brain cells or neurons more susceptible to damage or death.

In a previous study, the researchers found that mice infected with the H1N1 strain of influenza responsible for the 2009 flu pandemic, were more susceptible to MPTP - a toxin that is known to induce some of the characteristic features of Parkinson's: primarily the loss of neurons expressing the chemical dopamine and increased inflammation in the basal ganglia, a brain region that is critical for movement.

Later studies in humans showed that influenza nearly doubled the risk of developing Parkinson's disease within 10 years after initial infection. In the current study, the researchers used mice that were genetically engineered to express the human ACE-2 receptor - which the SARS-CoV-2 virus uses to gain access to the cells in our airway. These mice were infected with SARS-CoV-2 and allowed to recover.

A month after the surviving animals recovered, one group was injected with a low dose of MPTP that would not normally cause any loss of neurons. The control group was given saline. Two weeks later, the animal's brains were examined.

The researchers found that Covid-19 infection alone had no effect on the dopaminergic neurons in the basal ganglia. However, mice that were given the low dose of MPTP after recovering from infection exhibited the classic pattern of neuron loss seen in Parkinson's disease.

This increased sensitivity after Covid-19 infection was similar to what was seen in the influenza study; this suggests that both viruses could induce an equivalent increase in risk for developing Parkinson's.

"We think about a 'multi-hit' hypothesis for Parkinson's - the virus itself does not kill the neurons, but it does make them more susceptible to a 'second hit', such as a toxin or bacteria or even an underlying genetic mutation," Smeyne explained. However, "it is too soon to say whether we would see the same thing in humans" he noted.

(The above story first appeared on LatestLY on May 19, 2022 01:26 PM IST. For more news and updates on politics, world, sports, entertainment and lifestyle, log on to our website latestly.com).