More maternal lives can be saved if India shunned its sceptical attitude towards midwifery. 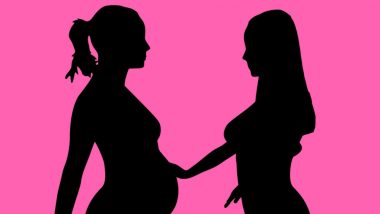 Ever wondered how women delivered babies long before hospital births, epidurals, misoprostol and c-sections became a thing? The world had midwives, a person, typically a woman trained to assist expectant mothers during childbirth. Unlike modern gynaecologists and obstetrician, midwives are not trained to perform caesarean or repair vaginal lacerations. They have a rather holistic approach towards childbirth, helping women have a normal childbirth and assisting them throughout the pregnancy and childbirth. In India, such professionals are called dai or dhai who have traditionally carried out childbirths long before more sophisticated ways of birthing were introduced. Every May 5 since 1991, the world observes International Day of the Midwife to highlight the services provided by these professionals.

One of the oldest professions in the world, midwifery has its earliest mentions in the Epic of Gilgamesh, written in 2000 BCE. Even ancient Indian accounts provided by Charaka and Sushruta hinted that midwifery was present in the subcontinent for centuries. But over the years, the profession lost its importance, especially after Indian independence and maternal mortality started rising in the country. Dais were regarded as illiterate, unskilled women and their services were never recognised. But evidence suggest that integrating midwifery with modern gynecology could just be what India needs to reduce its maternal mortality rate. Here are some reasons why India needs its dais.

Contrary to what many people believe, midwife care during pregnancy and delivery can effect better results for both the mother and the child. According to a review published in The Cochran Library, women who are assisted by midwives during their pregnancy have a lesser need for epidurals, episiotomy or equipment to facilitate delivery like forceps and vacuum. Women’s chances of spontaneous vaginal birth also increased. Midwife-assisted delivery also was less likely to experience preterm birth and was at lower risk of losing their babies. Mothers were also more comfortable in the care of midwives and no adverse effects were seen.

Although the country improved many of its socio-economic indices, maternal health indicators leave a lot to be desired. Maternal mortality ratio, although on the decline, is still 212 per 100,000 live births and has a lifetime risk of 0.6 percent. One way to tackle this is by encouraging midwifery. Countries like Finland and UK which have low maternal mortality rates have a strong midwifery system. Similarly, neighbouring countries like Nepal and Bangladesh have also succeeded in lowering maternal mortality by creating a conducive atmosphere for midwifery. India should take a leaf from their book and bring back the rich tradition of midwives.

More than 70 percent of India’s population resides in the rural areas and accounts for 60 percent of house births. There is a gap created by lack of primary health care centres and expert obstetric services in these areas, which compromises maternal as well as infant health. That’s why it is vital to encourage midwifery and train dais with life-saving procedures to achieve our targets of safe motherhood in the rural areas.

Many ancient midwifery practices like delayed cord cutting, perineal massage, etc. have been recently validated through science. Modern midwives are equipped with more knowledge and can facilitate excellent care for the mother and the baby. That’s why, India needs to shed its sceptical approach towards midwifery, considering it was the dais of the pre-independence era who singlehandedly undertook deliveries in the absence of any modern medical facilities whatsoever.

(The above story first appeared on LatestLY on May 04, 2018 06:46 PM IST. For more news and updates on politics, world, sports, entertainment and lifestyle, log on to our website latestly.com).