While the exact cause of the disease is unknown, researchers say the bacteria often enters through breaks in the skin - cuts, burns, etc. 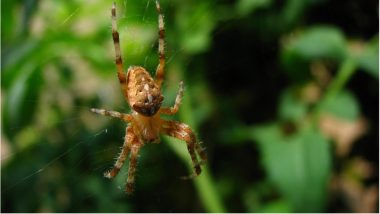 A Kansas woman, mother of five, has spent 40 days in hospital battling a 'flesh-eating bacteria' that forced doctors to remove most of the tissue inside her left arm and also her left pectoral muscle. The doctors had to perform 14 surgeries to save Tamara Owsley-Savard's life. It all began when 32-year-old Tamara was playing hide-and-seek with her children over Memorial Day weekend when she says she ran into a spider web. Days passed and the spider bite only got worse increasing the swelling in her left arm. After a week, her husband rushed her to the hospital.

In an interview, Tamara said, "My arm was growing an inch an hour. My arm was probably two or three times the size." That's when her husband knew something was wrong and decided to rush her to the University of Kansas hospital. Doctors there diagnosed her with necrotizing fasciitis, a fast-spreading bacterial infection that destroys the tissue under the skin and can cause the loss of limbs or death. Her left arm remains heavily bandaged as she continues to recover.

Tamara now represents one of the 700 to 1200 cases of this flesh-eating bacteria reported on average in the US every year. While the exact cause of the disease is unknown, researchers say the bacteria often enters through breaks in the skin - cuts, burns, etc. Due to how quickly the disease can spread, immediate response remains essential in treating the infection.

Dr Dhaval Bhavsar of University of Kansas Health System says, "To be truthful, we don't know exactly how it happens. It's not very common but is very devastating and sometimes life-threatening." He further explained, "It spreads so rapidly that we have seen patients get really sick in a matter of few hours. Patients went to sleep and felt they were sick. When they woke up, the infection spread over their entire arm or leg." Dr Bhavsar said University of Kansas Hospital treats around 50 patients for the disease every year.

(The above story first appeared on LatestLY on Jul 19, 2018 04:21 PM IST. For more news and updates on politics, world, sports, entertainment and lifestyle, log on to our website latestly.com).