Playing PUBG and Fortnite at Night? What Late-Night Gaming on Your Mobile Phone Does To Your Eyes

As we speak, millions across the globe are glued to their phone screen, completely oblivious to the world and the health problems caused by their relentless gaming 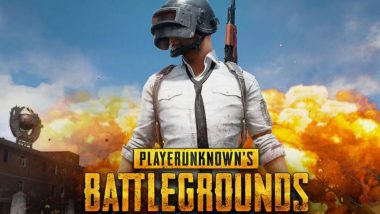 It’s undoubtedly the year of PUBG AKA PlayerUnknown’s Battleground and Fortnite, online multiplayer battle royale games that are played on the mobile phone. They have already inspired millions of memes about chagrined women dealing with their menfolk’s addiction to the games. As we speak, millions across the globe are glued to their phone screen, completely oblivious to the world and the health problems caused by their relentless gaming. In China, where things are banned left, right and centre, PUBG is already facing a ban due to its effects on the mental health. A number of players have made it a habit to play games before bedtime as a way to unwind after a hard day’s work. While it may help bust stress, it gives rise to other health problems even while you play it in the night mode. And often the biggest casualties are your eyes. If you are a PUBG or Fortnite addict who plays late into the night, chances are you are waking up with dry, foggy eyes. Read on if this sounds like you.

What Happens To Your Eyes When You Game At Night?

Nyctophiles prefer gaming at night because of the relative peace and quiet during nocturnal hours. Many also make it a bedtime ritual to play a few rounds before retiring for the day. But the consequences of late-night gaming include eye strain, dry eyes, watering and even vision problems.

Mobile phone screens emit a high energy visible (HEV) light or blue light, which has been proven to cause cellular changes in the eyes. This low-intensity light has the power to kill retinal cells of your eyes. Delhi Teen Kills Mother, Father And Sister; Police Say He Was Addicted to Online Game.

A study published in the journal Integrative Biology concluded that the blue light emitted by cell phones produces reactive oxygen species in the retinal cells, which leads to cell death.

Another one in Scientific Reports said that prolonged exposure to HEV causes irreversible damage to your eyes. Although there aren’t studies to back it, some experts also believe that blue light from the cell phone could be responsible for macular degeneration. Computer vision syndrome, also known as digital eye strain, a set of vision problems is also caused by prolonged use of the computer, tablet or smartphone.

The HEV also forms a part of LEDs and sunlight, but the damage is minimal because we don’t stare into these two sources of light for too long. The same is not applicable to cell phone screens because users tend to squint at them for a longer duration, especially while playing games like PUBG.

How To Keep Your Eyes Protected

Reducing screen time is the best way to keep your eyes protected long term from the damaging rays of the phone screen. If that isn’t feasible, try taking breaks for 10-20 minutes in between.

Practice eye exercises in your free time. Sit at comfortably and focus on something situated at a distance and then something closer. Keep alternating between the two.

Wash your eyes with plain water every time you finish a session. Cup some water in your palm and hold it against your eyes one at a time. Blink into it for a couple of seconds, alternating between your eyes.

Use blue-light blocking glasses if you can’t find a way around your gaming addiction. These glasses are made of the orange-coloured lens, which blocks out the harmful HEV.

(The above story first appeared on LatestLY on Nov 08, 2018 06:36 PM IST. For more news and updates on politics, world, sports, entertainment and lifestyle, log on to our website latestly.com).