Teenagers are Sexting! Parents, Read This Before You Freak Out

More and more teenagers are turning towards sexting. This is understandably causing panic among parents. 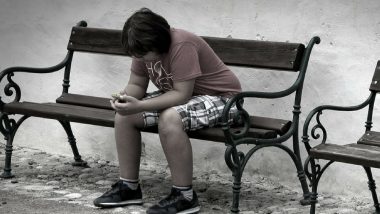 If you are a mom or dad to a teenager, you need to sit down for this. An article published in JAMA Pediatrics said that one in four teenagers, aged between 12 and 17, have already started receiving sexual messages and nudes from their peers. And one in seven are already sending out sexts. The researchers studied 39 research papers and compiled a meta-analysis of the findings. It was found that sexting has become a common practice among the youth, much to the worry of parents all around the world.

It’s a scary thought and a part of parenthood you’d readily trade for anything else. But sooner or later, you have to come to terms with the fact that your child may be sexually curious. He or she may be on an expedition of sexual self-discovery at a very young age.

Now may be too late to discuss the old ‘birds and bees’ with your children. We are guessing that have that part figured out. But there’s still a lot you can do before your child gets lost in the dangerous maze of online sexting. Dr Era Dutta, consultant Neuropsychiatrist and Therapist Mind Wellness & Fortis Healthcare lists down some important pointers for all the parents who are currently regretting their decision to buy a smartphone for their children.

Parents need to realise that times they are a changing. Back in the days, the only avenues for exploring one’s sexuality were through worn out Penthouse magazines and the odd VHS tape passed around among friends. Just think that the smartphones have come to replace dirty magazines and blue film tapes. It doesn’t necessarily mean your child is becoming a sex maniac. On the contrary, it’s a perfectly normal part of growing up and satiating their sexual curiosity. However, you can’t take the problem lightly and let it run its course.

Anyone who has dealt with a teenager knows what a know-it-all he or she could be. “Teenagers think that they have the answer to everything and that they know much more than you do, especially with respect to technology. So if you are trying to warn them about the evils of sex on the internet, it could backfire. Instead take the Socratic approach to questioning. Ask them, ‘What do you know about the internet?’” says Dr Dutta. Make them understand why it could be risky. “Forbidding them from using the phone won’t work. So use an empathetic approach and explain to them the dangers of trusting people on the internet,” The doctor adds.

Dr Dutta say that there is so much about the internet that we don’t understand. Those in mid and late teenage also face a lot of pressure from peers to be on social media like Instagram and Facebook, both of which can be crawling with predators. Practices like sexual grooming are also rampant on the internet and predators are lurking at every turn online. Even on apps like Snapchat which claims to delete the photo after 24 hours, people can still get hold of the picture through screen shots. Messages sent over Facebook or Whatsapp can get misconstrued and reputations can be toppled overnight. It could even hurt their prospects of getting a job in the future if employers learn of their past. But it is also nearly impossible for parents to keep a track of every person they communicate with. That’s why it is important for both parents and children to become media literate. “These days, we have media literacy seminars and workshops for both parents and children to become more aware about the internet,” says Dr Dutta.

(The above story first appeared on LatestLY on Feb 28, 2018 04:12 PM IST. For more news and updates on politics, world, sports, entertainment and lifestyle, log on to our website latestly.com).